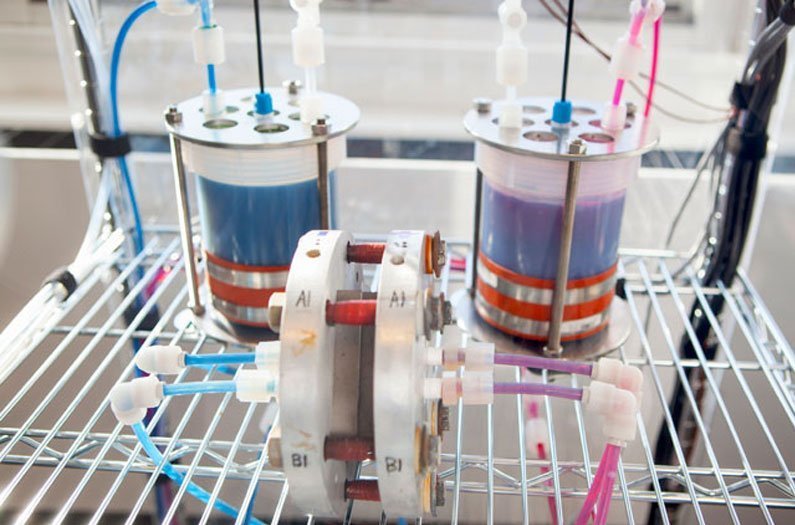 This non-toxic battery lasts a decade, could be renewable energy’s missing piece
A new low-cost battery can run for over 10 years with no maintenance. It is also non-toxic and could make grid-scale renewable energy storage a reality.
By Prachi Patel
February 23, 2017