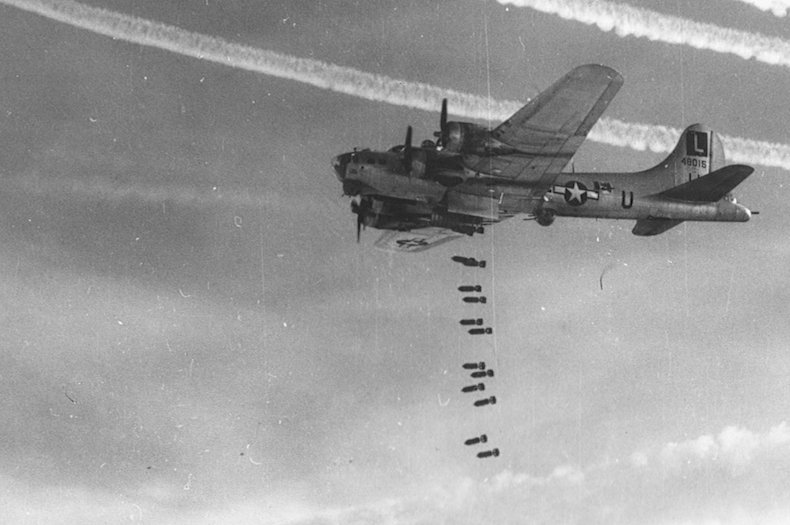 Where bombs fell, an unexpected hotspot of life
In a new study, ecologists surveyed ponds that have formed in bomb craters in Central Europe. Such ponds are typically disregarded as having natural value — but the researchers found them to be teeming with life.
By Brandon Keim
March 22, 2017

A bomb crater is a symbol of humanity’s failings. And yet: even where bombs have fallen, life may flourish again.

In a study published in Biological Conservation, researchers led by ecologists Csaba Vad and Zsófia Horváth of Austria’s WasserCluster Lunz biological research station surveyed ponds that have formed in bomb craters in Central Europe. Such water bodies are typically disregarded as having natural value—but the researchers found them to be teeming with life. “The bomb crater ponds studied here act today as unusual and distinctive reservoirs” for biodiversity, they write. “They should be deemed as habitats of outstanding value.”

The ponds studied by Vad and Horváth are located in the Pannonian Plain, a low-lying area that stretches across Central Europe and was once the bottom of an inland sea. Forests grew after the waters receded; later people cleared the forests, creating a vast grassland dotted with shallow wetlands that might contain water for just a few months of the year but are ecologically vital.

Most of those ponds were lost in during the 20th century, part of a wave of urbanization and agricultural drainage that eliminated more than half of all ponds in many European countries. In some countries, more than 90 percent of all ponds are gone. It’s one of modernity’s less-appreciated biological impoverishments — yet human activities, such as the World War II bombardments and subsequent military exercises in Vad and Horváth’s study site, have also created depressions that fill with rains and seasonal floods.

These are “considered wartime scars,” they write, and are now subject to well-meaning grassland rehabilitation programs that involve erasing those scars. Yet bomb crater ponds and other manmade water bodies have the potential to “act as important surrogate habitats for species of which the natural habitats have been lost,” say Vad and Horváth’s team. “In general, we know very little about their aquatic communities.”

The researchers surveyed 54 ponds in one kilometer-square plot, counting bottom-of-the-food-chain algae as well as zooplankton, larger invertebrates and amphibians. They found a tremendous diversity of these—as much, in fact, as is typically found in much larger areas in the region. They’re hotspots of life.

The bomb-crater ponds don’t host exactly the same assemblages as natural ponds: most notably, waterbirds don’t seem to use them, as they’re too small. Yet the ponds are special in other ways. Their unique topography, with many small depressions clustered closely together, creates what Horváth calls “habitat networks.” The ease with which organisms can move through these networks “is a powerful insurance for their communities,” says Horváth, and “one of the main contributors to their high biodiversity.”

“Considering the tremendous losses of ponds throughout Europe, anthropogenic ponds should be taken into consideration in nature conservation,” write Vad and Horváth’s team. It’s good advice not just for Europe but throughout the world, where ponds and seasonal waters are fast being developed, and not only from bomb craters. Our landscapes are full of features created by past mistakes; those mistakes shouldn’t be compounded by failing to notice what lives there now.

“Something that was bad in the past,” says Vad, “can change with time, and even turn into something valuable. And we have to be open-minded about these.”