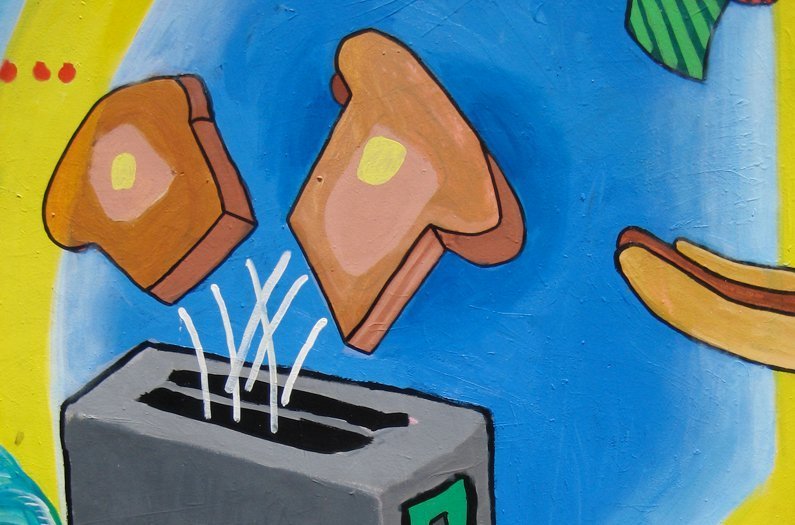 What’s the environmental impact of your toast?
How much does bread cost the earth? New research sets out to tally the exact cost of a loaf of bread, and finds that fertilizer is responsible for a surprising amount of its environmental impact.
By Emma Bryce
March 3, 2017

When it comes to food, few things are more universal than a loaf of bread. Wholemeal, white, or seeded, we consume billions of loaves annually, all over the world. But despite its clear culinary impact, it’s less obvious what the environmental effects are of all this carbohydrate consumption.

That comes down to the complexities of the food system: between field and fork, the processes that eventually give rise to a food product each have varied and unique environmental impacts that can be difficult to measure. Now, in a first-time effort to quantify those impacts for bread, researchers from the University of Sheffield in the UK tracked the processes that go into producing a standard 800g loaf of whole grain. Writing in Nature Plants, they discovered that fertilizers are by far the biggest cause of environmental damage—accounting for almost half of the greenhouse gases generated by the average bread loaf.

To estimate environmental impact, the researchers considered factors like how much bread production polluted waterways, produced toxins harmful to humans, and contributed to global warming. They began by separating the supply chain into three distinct parts: wheat cultivation, milling, and baking—up to the point where a bread loaf is packaged and ready for transport.

Within each of those phases, they examined multiple steps, like the harvesting, storage, and cleaning of grain, as well as baking, slicing and packaging of bread. Each has its own associated energy and material factors to consider—like electricity, gas, water and herbicide use, and plastic packaging—the environmental costs of which were tallied using an analytical tool that provided estimates for these factors.

This detailed examination revealed that overall, wheat cultivation is by far the biggest culprit, accounting for 65 percent of a bread loaf’s potential global warming impact, 65 percent of river pollution, and 77 percent of human health impacts.

Specifically, fertilizer turned out to be the major contributor, accounting for 43 percent of bread’s global warming impact, due to the production of gases like carbon dioxide and nitrogen oxide, which are both implicated in climate change. “I must admit we were surprised by the scale of the fertilizer dominance,” says Peter Horton, study co-author, and researcher from the Grantham Centre for Sustainable Futures at the University of Sheffield. This larger footprint is explained in part by the fact that ammonium nitrate fertilizer production spews out vast amounts of carbon dioxide, and also because once it’s on the farm and in the soil, fertilizer gets broken down by soil microbes, which release nitrogen oxide as a byproduct into the air.

Bearing this in mind, it’s worrying that 60 percent of global agricultural land now uses fertilizers, and that by 2018 we’ll be distributing an estimated 200 million tonnes of fertilizer globally. Horton and colleagues do have suggestions for how to curb its impact in coming decades—like replacing manufactured fertilizer where possible with manure, engineering crops that use nitrogen better so that less escapes the soil, and applying fertilizers precisely where needed, not indiscriminately.

But Horton emphasizes that despite the study’s findings, the solution isn’t to give up bread: “The point is, nearly all modern agriculture is unsustainable, and part of the reason is the reliance upon synthetic fertilizer to give high yields.” Bread has been “a good vehicle for getting our messages across,” he adds—but hopefully it will inspire a similar assessment of other major food supply chains as well, to pinpoint the worst impacts. Knowing where these environmental kinks occur in the food system and how to target them, “is necessary if farmers, agri-food industries and consumers are to share responsibility to mitigate these impacts,” the researchers write.