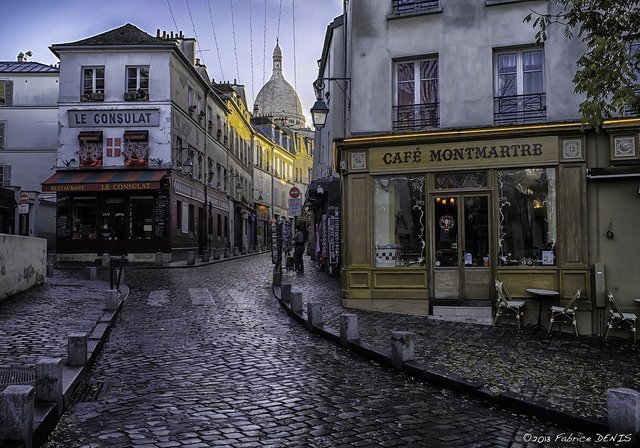 The streets of Paris are heaped with tiny living jewels
A study in Paris suggests that street gutters harbor a heretofore unknown urban ecosystem that may impact public health and pollution control.
By Sarah DeWeerdt
October 31, 2017

The scummy, often brownish puddles of water that linger in Parisian gutters contain a rich assemblage of microorganisms that may have important ecological functions, researchers reported October 13 in The ISME Journal.

The most common microorganisms littering the streets of the City of Lights are, appropriately, diatoms: single-celled algae that build their elegantly symmetrical cell walls out of glittering silica. But the gutters also contain single-celled organisms that feed on algae, fungal decomposers, and other types of microbes – nearly 6,000 in all.

The findings suggest that gutters harbor a heretofore unknown urban ecosystem that may impact public health and pollution control, the researchers say.

They conducted the first survey of street gutter microorganisms by sampling 90 sites scattered throughout all 20 arrondissements of Paris. They collected water from the gutters and used toothbrushes to gather samples of the layered mats of microbes, or biofilms, growing there.

The researchers collected an additional 14 water samples from two locations on the River Seine and a third on the canal de l’Ourcq that are sources of non-potable water for street cleaning, as well as seven reservoirs throughout the city where this water is stored before use.

Next, the researchers extracted DNA from the samples – nearly 10.8 million raw DNA sequences in all – and analyzed it to determine what types of organisms were present. Overall, they found 6,900 different organisms. Of these, 1,118 are found only in the water source samples. But the gutters harbor a whopping 5,782 different kinds of microbes.

The river, canal, and storage tanks all have very similar sets of microbes. Fourteen of the gutter samples also have microbial communities similar to the water source samples, suggesting that the street-cleaning water is an important source of microorganisms colonizing the gutters.

In general, individual gutter sites tend to have fewer microbe species than the water from the Seine and the canal. This, in turn, suggests that not all species from the river can survive in the gutter habitat.

Still, there are “hotspots” of gutter microbe biodiversity scattered throughout the city. One gutter sample contained 729 different kinds of microbes, the researchers report.

And there is a lot of variation between gutter samples. Strikingly, gutters with similar microbial communities are often found in different parts of the city, and gutters from neighboring streets do not necessarily have similar sets of microbes.

About 70% of the microbe species found in gutters are not found in water sources. This suggests that gutters must also be colonized by microorganisms from elsewhere, such as the air, nearby ground, and perhaps human and animal waste.

Gutter microbe communities might differ from one another because of microhabitat conditions that are not yet understood. Alternatively, gutters could undergo a characteristic ecological succession, and the mix of microbes found at different sampling sites may reflect rainfall patterns and street cleaning schedules.

The next step is to monitor how gutter communities change over time, the researchers say. They also suggest comparing gutter communities in different cities throughout the world, and probing the workings of these communities in more depth. For example, street gutters may have a hand in disseminating human, plant, and animal pathogens; on the other hand, they may also help break down street litter and pollutants from motor vehicles, in essence acting as a network of miniature water treatment plants. A whole new ecosystem that you only have to look down — and perhaps step carefully — to appreciate.