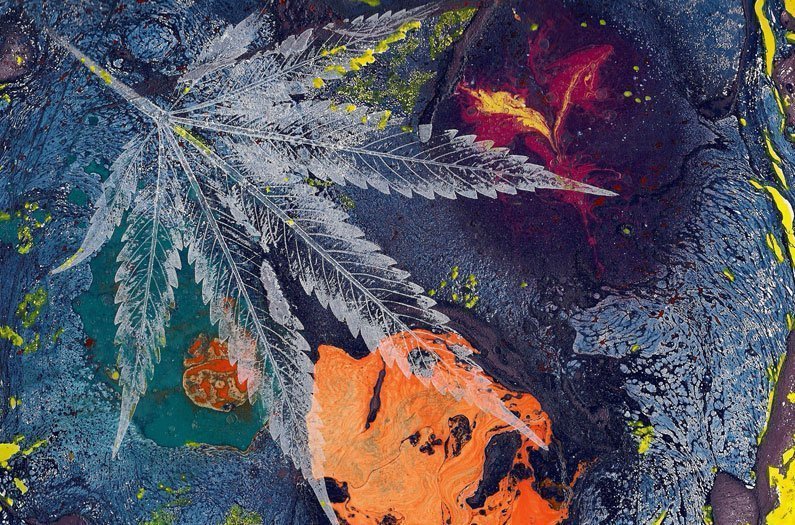 Confronting the environmental cost of marijuana
When thinking about agriculture’s environmental footprint, the usual suspects jump to mind: corn and cotton and soy, vast resource-intensive commodity crops. Marijuana isn’t high on the list. Yet perhaps it should be.
By Brandon Keim
November 8, 2017

When thinking about agriculture’s environmental footprint, the usual suspects jump to mind: corn and cotton and soy, vast resource-intensive commodity crops. Marijuana isn’t high on the list. Yet perhaps it should be. “Despite its small current land-use footprint,” write the authors of a pot farming study published in Frontiers in Ecology and the Environment, “if changes are not made in the spatial pattern of its expansion, the boom in cannabis agriculture will likely create substantial threats to the surrounding environment.”

Led by environmental scientist Ian Wang of the University of California, Berkeley, the researchers used satellite imagery to compare marijuana farms and timber harvests in California’s Humboldt County between 2000 and 2013. Humbold County is part of Northern California’s so-called Emerald Triangle, the largest pot-producing region in the United States.

While other researchers have studied pot’s intensive water requirements and the often-heavy use of pesticides by its farmers, Wang’s team focused on the contribution of farms to deforestation and habitat fragmentation. They found that marijuana farms, which by law are not allowed to be larger than one acre, dot the region’s forests like a patchwork. Often crops are planted on land cleared deep in previously-intact groves. This arrangement disrupts the core forest’s ecology.

To be sure, far more forest is cleared for timber than for pot in Humboldt County — but on a per-acre basis, pot farming generates more fragmentation effects. And though the Humboldt results can’t automatically be applied everywhere, as farming practices can vary between regions, the lessons of this and other studies are broadly applicable. Pot farming can be quite destructive. And with an estimated one in eight U.S. adults report smoking marijuana, and medical or recreational use now legal in 29 states as well as the District of Columbia, demand will only continue to grow.

As for California, says study co-author Van Butsic, a land change specialist at Berkeley, “We expect that the impacts of the cannabis industry will continue to increase if there is no enforcement of the upcoming environmental permitting laws.”

Butsic refers to California’s ongoing development of new pot farming regulations. Writing these will be tricky: allowing larger farms might reduce fragmentation, but could also result in industrial-scale operations that push small farmers out of business. One option, says Butsic, is to restrict pot farms to areas already used for agriculture. “This would limit deforestation and fragmentation,” he says. “Of course, this might mean replacing some traditional agricultural crops with cannabis, which some people oppose as well.”

Source: Wang et al. “Cannabis, an emerging agricultural crop, leads to deforestation and fragmentation.” Frontiers in Ecology and the Environment, 2017.