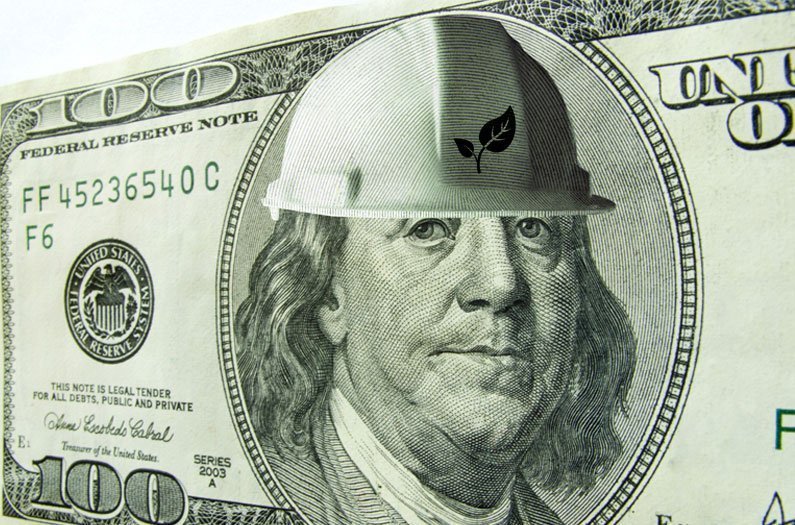 The unappreciated economic value of environmental stewardship
Think about the ways that nature generates economic value. Environmental stewardship, however, the hard work of people restoring ecosystems, picking up litter, and helping animals, likely doesn’t enter the equation. Yet the value might be surprisingly high.
By Brandon Keim
April 4, 2018

Think about the ways that nature generates economic value. Resources probably jump to mind first: lumber to be harvested, fish to be caught commercially. Then recreational hunting and fishing, and ecotourism too. If you’re of an ecomodernist bent, there’s the value of ecosystem services such as clean air and water. Environmental stewardship, however, the hard work of people restoring ecosystems, picking up litter, and helping animals, likely doesn’t enter the equation. Yet the value might be surprisingly high.

Take, for example, coastal Massachusetts, where commercial fishing and whalewatching are widely recognized as vital to the regional economy. In 2014, revenues from those activities respectively totaled $105 million and $111 million. When researchers calculated the value of marine stewardship in the region, the economic output totaled $179 million. It’s a whopping contribution, but largely ignored in the way nature is perceived and managed in the region.

“The financial benefits of environmental stewardship activities are often overlooked, to the detriment of sound decision making in coastal ecosystems and local economies,” write the researchers, who were led by University of Vermont biologist Joe Roman and published their findings in Frontiers in Ecology and the Environment. “Almost imperceptibly, the coastal economy has been transformed from one dependent on commercial exchange to a diverse economy that includes, to a large measure, marine stewardship.”

Roman’s team puts their study in the context of ongoing attempts to value ecosystem services, which have tended to focus on direct material gains. These do include certain easy-to-measure use-based aspects of stewardship, such as recreational opportunities provided after a polluted beach is cleaned. There’s so much more to stewardship, though: aesthetic, spiritual, and moral values, including the intrinsic values of nature, that are powerful but difficult to empiricize.

Those dimensions of stewardship are typically given a price tag by asking people how much nature is worth to them. It’s a fuzzy approach and not given much weight compared to bottom-line figures like fisheries landings. As an alternative, Roman’s team compiled the budgets of environmental organizations devoted to Massachusetts coastal stewardship, then added the value of work volunteered by the public on their behalf. The resulting $179 million figure is still rough — it doesn’t include organizations that only spend part of their budgets on coastal activities, and undercounts both private-sector and government spending — but it’s a start.

It also underscores just how unappreciated stewardship is. Roman’s team calls their $179 million valuation “an example of ‘stranded capital,’” a reference to “the flow of stewardship action and revenue that is often ignored — ‘stranded’ — during economic decision making.” The researchers write that “stewardship is part of the economy, too, and it should be given the same weight as is applied to user groups such as commercial and recreational fishermen in Massachusetts.”

It’s not just a Massachusetts issue, either. That same blind spot is repeated nationwide. The researchers call for their approach to be applied in other places that provide resources as well as stewardship opportunities. The “stewardship economy” may be surprisingly large — and though many people chafe at putting a price tag on nature’s intrinsic values, taking it seriously could push public discussion and policy away from their present focus on nature as a supply of resources.

“People care about wildlife in the oceans and on land, and one way to measure our concern is through conservation efforts,” says Roman. “It’s time to acknowledge the broad base of support for protecting and restoring natural ecosystems, with abundant wildlife, not just maintaining numbers of fish for an optimum yield.”

Source: Roman et al. “Stranded capital: environmental stewardship is part of the economy, too.” Frontiers in Ecology and the Environment, 2018.