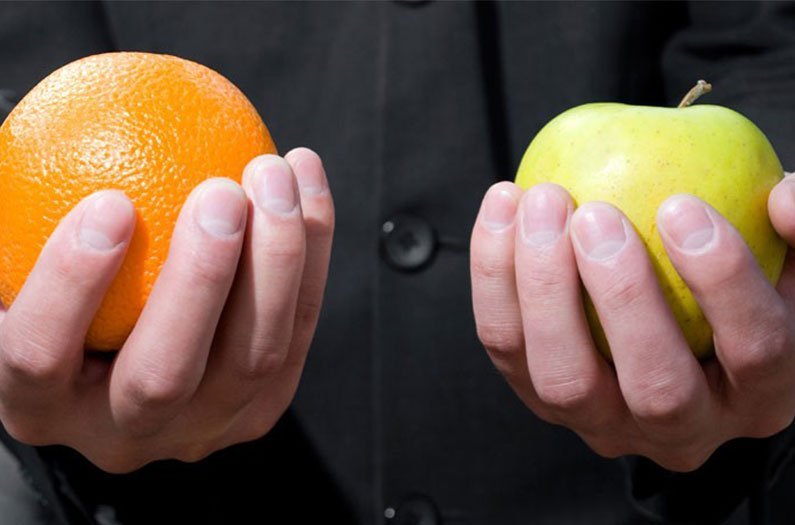 Individual foods can have wildly different footprints, depending on how they’re produced
A study finds that how we produce food has a huge bearing on its environmental impact. And consumers have a big role to play in evening it out.
By Emma Bryce
June 8, 2018

The environmental impacts of individual food products vary to an astonishing degree, depending on the way they’re produced, finds a new Science study. It underscores the role that better production methods can play in managing the footprint of our food. But, it also emphasises that dietary changes at the consumer level can make the greatest difference, with the potential to reduce food’s greenhouse gas emissions by up to 50%.

The study examined how factors like emissions, land- and water-use varied in different food products at the farm level. For starters, it found that the highest-impact beef producers made up just a quarter of the study sample and yet accounted for 56% of its greenhouse gas emissions, and 61% of land-use. For foods like wheat, maize and rice, there was similarly a huge range in impact: some grain products were three times as impactful as others, despite being the same type of food. On average, the results revealed that just 25% of producers generate over half the environmental impact for each food product the researchers surveyed.

These striking gaps may come down to differences in farming methods and locations. For instance, in some regions the soil captures more carbon, while in other regions degraded soil captures less–which might help to explain why emissions impact varies so widely across similar foods. “Two things that look the same in the shops can have very different impacts on the planet,” the study’s authors emphasise.

Gathering more digital data on farms to reveal where farmers can reduce emissions, fertilizers, water, and land-use could be one way of reducing the impact of food production, the researchers suggest. But while some of the biggest environmental impacts play out at the farm level, they showed that the greatest potential for tackling this impact actually occurs beyond the farm gate.

The analysis revealed that post-farm emissions varied enormously for individual products, with some producing 140-times more emissions than others. This boiled down to several factors whose impacts vary across food products but which could be greatly improved–from processing methods, to transport, to packaging used, and levels of food waste. Wasted food emerged as a major driver of post-farm emissions in fact: as an example, losses of beef during distribution and retail made up 15% of the emissions for this food.

And at the end of the food production line, what role does the consumer have in all this? A big one, the researchers argue. Their study found that even those animal products that were ranked as having the lowest impact almost always exceeded the impact of plant-based foods. So if consumers took this into account and cut animal products out of their diets, it would slash the emissions impact of food by half–revealing the huge potential of diet to reduce agriculture’s footprint. (Expecting all consumers to completely cut meat out of their diets is unrealistic, of course, but it follows that diets which are simply less meat-intensive could still make huge emissions savings at a global scale.)

To get their results the researchers analysed almost 2000 studies on food production, which incorporated 38,700 farms, to create a huge database on 40 key food products from 119 countries. From this they extracted data on emissions, land- and water-use, among other environmental indicators, to build up a picture of how the production cycle influences the footprint of our food.

“Food production creates immense environmental burdens, but these are not a necessary consequence of our needs,” the researchers conclude; “they can be significantly reduced by changing how we produce and what we consume.”