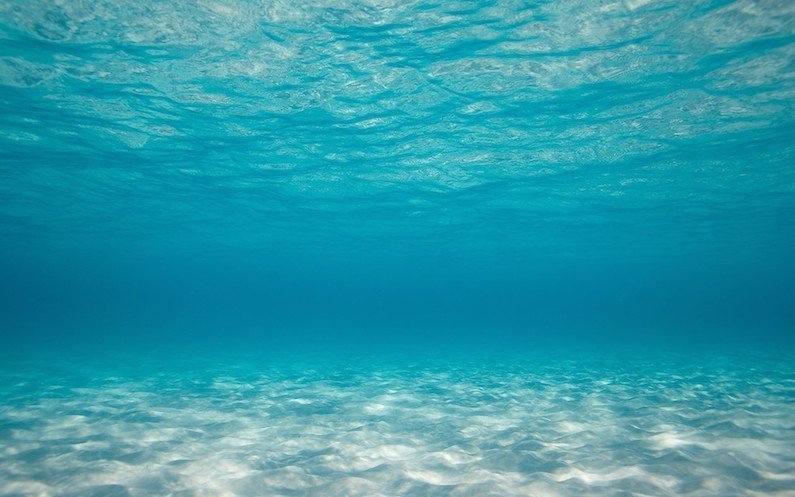 Could The Ocean Floor Be a Permanent CO2 Vault?
It should be possible to safely and permanently bury carbon dioxide in its liquid form below the ocean floor, scientists say. The extreme conditions in deep-sea sediments would lock the carbon in place and keep it from escaping into the ocean and harming the marine environment.
By Prachi Patel
July 12, 2018

Scientists in China say that it should be possible to safely and permanently bury carbon dioxide in its liquid form below the ocean floor. The extreme conditions in deep-sea sediments would lock the carbon in place and keep it from escaping into the ocean and harming the marine environment. The researchers presented their analysis in the open-access journal Science Advances.

The Paris climate agreement aims to keep the increase in average global temperature to below 2 degrees Celsius to avoid catastrophic effects. But given the rate at which the world produces planet-warming carbon dioxide, meeting that target will require capturing carbon and storing it on a large scale.

Packing carbon dioxide into underground geological formations is a promising approach. Dozens of large carbon capture and storage projects are already operating or under construction. Most inject carbon dioxide captured from a power plant into saline aquifers or oil and gas reservoirs. The gas is compressed before storage. But no one know for certain how the gas will behave over centuries; there is a risk of earthquakes or the gas bubbling up and escaping back into the atmosphere.

Another viable process is to store liquid carbon dioxide in deep-sea sediments. Researchers have proposed this idea before. Yet, not too many studies have been done to assess, in detail, the physics of the carbon dioxide injection process into sea sediment or its fate under different geological and operational conditions.

So Yihua Teng and Dongxiao Zhang of Peking University built a detailed computer model that simulates what would happen if liquid carbon dioxide were injected into ocean floor sediment. Previous research has shown that liquid carbon dioxide crystallizes and forms an icy form called a hydrate under high pressure and low temperatures.

The duo ran the simulation multiple times under various pressure conditions and over different time scales. They found that liquid carbon dioxide does not migrate easily because it loses its buoyancy and becomes very sticky under deep-sea conditions.

The formed hydrate surrounds the carbon dioxide plume, trapping it in a cage and preventing it from escaping upwards to the seafloor, where it could harm the marine environment. Over time, both the liquid and hydrate forms of carbon dioxide dissolve into the liquids in the sediment pores, where it becomes permanently stuck.

“We find that under a deep-sea setting, carbon dioxide sequestration in intact marine sediments is generally safe and permanent,” the researchers say.