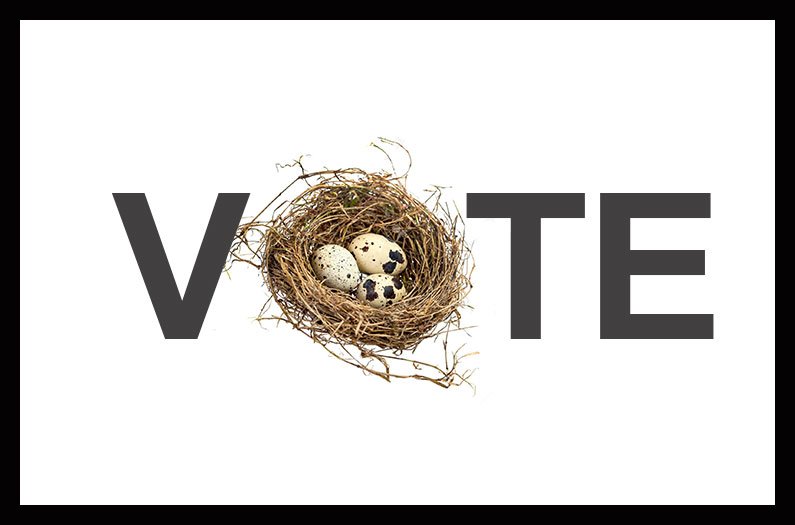 In a democracy, should nature have a vote?
Where political power once belonged to a few people, it’s now shared by many. What would it mean to expand political representation even further?
By Brandon Keim
December 5, 2018

Where political power once belonged to a handful of wealthy men, it’s now shared by a great many people: so went, albeit with plenty of hiccups and fine print, the last several centuries of liberal democratic progress.

What would it mean to expand political representation even further? Might our deliberations and decisions include representatives of future human generations and also Earth’s nonhuman inhabitants?

“We propose a fundamental re-imagining of what nature protection ought to mean,” write environmental ethicists in the journal Biological Conservation. “All life,” they contend, should “have a say in the globe-girdling exploits of current human adults.”

Written by Adrian Treves and Francisco Santiago-Ávila of the University of Wisconsin-Madison and William Lynn of Clark University, the article is the latest in a series of critiques of how nature is managed in the 21st century.

They’ve previously argued that predator management is unfairly skewed towards the short-term interests of a few hunters and ranchers; that conservation decisions should include more perspectives; and that the rights of future people to a healthy environment are routinely ignored, even when those rights are supposedly enshrined in law.

In the latest paper they return again to conservation, which they consider well-meaning but muddled and prone to elevating the immediate interests of a few people above all others. Maximum sustainable commercial salmon yields, to take an example, don’t leave many fish for bears to eat. A focus on population- and species-level metrics makes it easy for the well-being of individual animals to be sacrificed. Nature is too often treated as a stockpile of resources rather than a set of communities whose interests are as real and valid as our own.

It’s a critique that many conservationists may find frustrating — they’re already doing their best in a very imperfect, human-centered world — or simply the latest in an ongoing back-and-forth that a century ago was embodied by keep-it-pure preservationist John Muir and Gifford Pinchot, founder of the U.S. Forest Service. But Treves, Santiago-Ávila, and Lynn don’t stop at moral counsel. They offer some specific political suggestions.

It’s already customary for institutions such as universities and museums to have trustees charged with making decisions on behalf of future beneficiaries; so might it be with nature. Governments and institutions could feature formal “representatives of futurity, human or non-human” — interests that, rather than receiving a token acknowledgement, would have an actual vote in every decision that affects them.

There’s many devilish details to this proposal. Who picks the trustees? How are interests defined? When do interests become rights? What happens when they conflict? And does it even make sense to aspire to such radical political overhaul when, in far too many nations, the very fundaments of liberal democracy are under attack?

Treves and colleagues point to hopeful precedents. Rwanda’s constitution explicitly reserves seats in its legislature for historically disadvantaged groups. Groups of young people in the U.S. and Canada have filed lawsuits against government leaders who they accuse of violating their right to a stable future climate. And of course the democracies we now enjoy have evolved to include people — women, non-Caucasian racial groups, non-heterosexuals — who were once disenfranchised.

“We are advocating for the true grass-roots that spring to life each second worldwide,” say Treves, Santiago-Ávila, and Lynn. “Difficulties we face in imagining such a justice system do not make it impossible.”