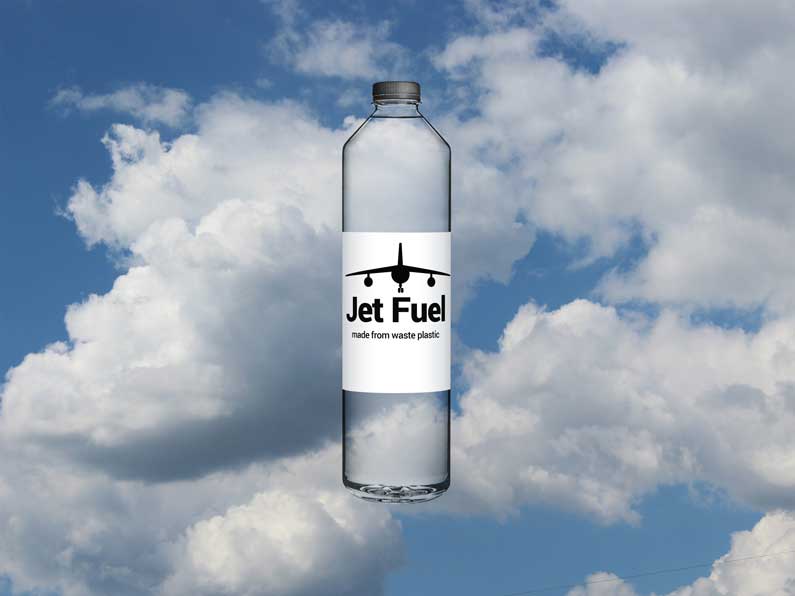 Waste Plastic Could Help Airplanes Fly
As one way to keep plastics out of landfills, researchers have devised a simple process to convert one of the most popular plastics into jet fuel.
By Prachi Patel
June 6, 2019