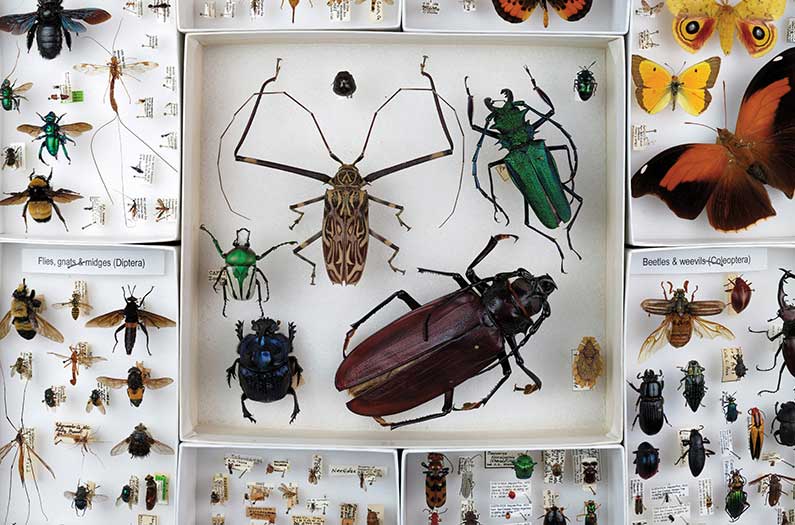 Insects, imperfect knowledge, and the imperative of action
After more than a decade of scattered, ominous reports, the so-called insect apocalypse is finally front-page news. So now what?
By Brandon Keim
July 3, 2019

After more than a decade of scattered, ominous reports, the so-called insect apocalypse is finally front-page news. There indeed seem to be many fewer bugs than there used to be—but precisely how few, and for what reasons, is still a matter of some debate.

Given the uncertainties that still exist, some people might counsel waiting for more information before committing to large-scale action on behalf of bugs. Others say we know enough to act now. Waiting too long raises the likelihood that, when finally our scientific understanding is near-complete, it will be too late to help.

“Acting with imperfect knowledge is something that we do all of the time, in our personal and professional lives,” write researchers led by Matthew Forister, an ecologist at the University of Nevada Reno, in the journal Conservation Science and Practice. “It is a rational response to reductions in insect abundance and diversity.”

Forister, joined by co-authors Emma Pelton and Scott Black of the Xerces Society, an invertebrate conservation group, note that less than 1 percent of all insect species have been formally assessed by the International Union for the Conservation of Nature—the ultimate arbiter of which species are threatened or endangered.

Of the species that have been reviewed, though, some 40 percent are considered threatened. These include more than one-quarter of North American and European bumblebee species and one-third of North American tiger beetles. Moth populations in Costa Rican jungles have collapsed, and declines are found not just in farmlands and cities but also remote places thought to have escaped the worst of human impacts.

The trend includes not just highly specialized species, reliant on some rare, precarious habitat or ecological interaction, but plucky generalists as well. And the losses of some species don’t seem to be offset by gains among others. One much-publicized study found that insect biomass at 63 study sites across Germany declined by an average of 70 percent in the last quarter-century alone. There’s simply much less life than before.

Among the main culprits are habitat loss and degradation, pesticides—including not just insecticides, but herbicides and fungicides with unintended effects on insects and ecosystems—and climate change. Joining them in the mix are disease, invasive species, light pollution, vehicle collisions, and perhaps even shifts in plant chemistry.

It can be difficult to assign blame in a particular locale, and the exact mechanisms are sometimes unclear. How important, for example, are sub-lethal effects of pesticides on bee cognition? How do they interact with climate stress? Yet “to wait for a full understanding of all mechanisms linking drivers to declines risks losing” insects, warn Forister and colleagues.

“A firing squad is a useful metaphor for the state of our knowledge,” they write. “In many cases, it will be difficult to identify the killing shot, but we know the bullets are flying and we know where they are coming from.”

The researchers call for a full-scale societal mobilization, from insect-focused habitat protection to national and state policies that support low-pesticide, biodiversity-promoting agriculture. Many of the proposals will be familiar to conservationists, though some—including outright bans on residential pesticides and an emphasis on restoring freshwater streams—may be unexpected.

They also call for more basic science on insect declines. Research should proceed as people take action. And if it should prove that insect declines are not so calamitous as now suspected, write Forister and colleagues, “building more well‐connected and toxin‐free open areas is in the interest of all.”