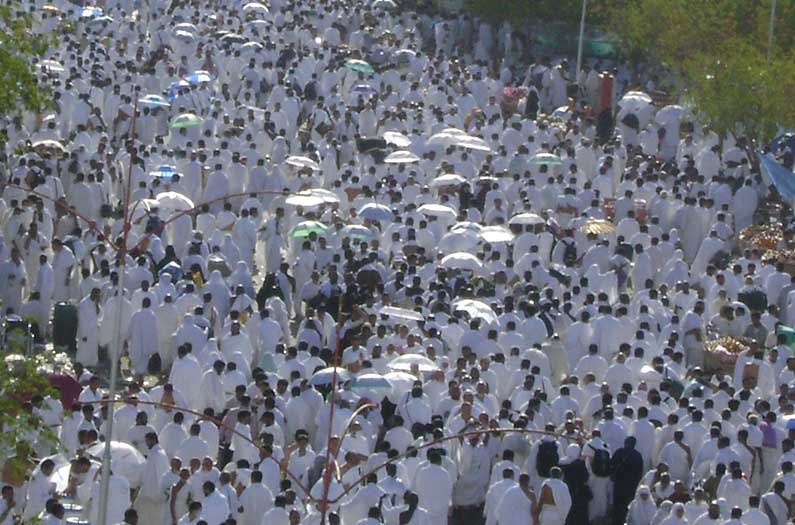 How climate change could reshape religious practice
Dangerous heat and humidity conditions are likely to occur every year during the Muslim pilgrimage, or Hajj, near the end of the century if high carbon emissions continue.
By Sarah DeWeerdt
August 27, 2019