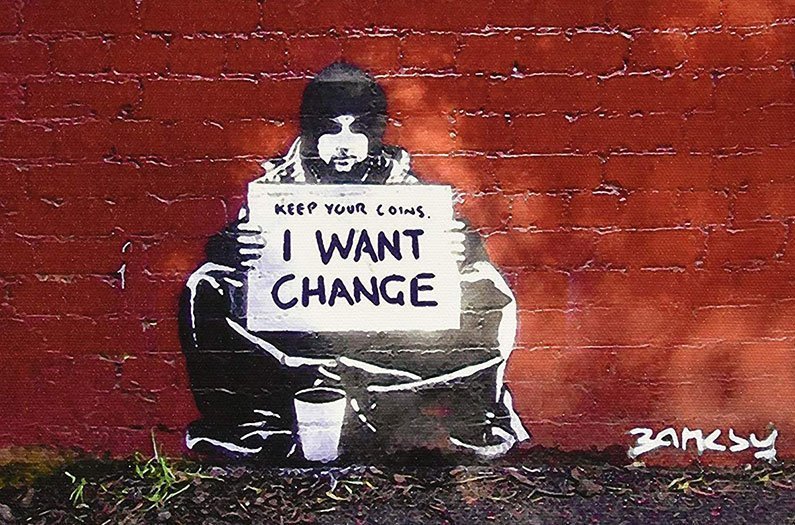 Here’s how much more food the world could produce if we limit warming to 2 degrees
New research shows that by 2100, almost all of humanity will be affected in some way by declining food production - unless we start mitigating now.
By Emma Bryce
December 6, 2019

If we don’t reduce greenhouse gas emissions imminently, then by 2100, about 90% of the world’s growing population will live in a country that faces declines in food production. But if we start bringing down emissions now in line with the Paris Agreement, it would do the opposite: most countries in the world would experience net production gains.

These two possible futures were explored recently in a study published in Science Advances, which maps out global vulnerability to climate change, by looking at the two major food sectors: agriculture and fisheries. It found that if we continue with business-as-usual global emissions, in 80 years almost the entirety of humanity by that point – 7.2 billion people – will directly experience declines in both forms of food production, which the researchers call a ‘lose-lose’ scenario. Most of this affected population will also live in the least developed countries in tropical regions like Latin America, Central and Southern Africa, and Southeast Asia.

In contrast, under this dire emissions scenario, only 3% of the world’s population will live in areas that experience net production gains in fisheries and agriculture – which the researchers label a ‘win-win’ situation. For instance, increasing temperatures and rainfall would makes formerly frigid parts of Canada and Russia more agriculturally productive, or create changes in ocean currents that boost fish migration to some shorelines. But since these benefits are driven by unnatural shifts in climate that will disadvantage the rest of the world, this isn’t a real ‘win’ .

The most vulnerable countries were found to be those that are heavily dependent on food production for employment, food security, and revenue. And interestingly, the researchers noticed that countries most dependent on food production also tended to be the least capable of adapting to climate change, due to limited resources, among other factors. As well as this, most countries vulnerable to agricultural losses caused by climate change were vulnerable to losses in fisheries, too – putting them in the ‘lose-lose’ bracket that doubled their food insecurity.

But the researchers also make the case that it’s not too late to do damage control on this future scenario. Under strong emissions mitigation – where we aim to limit global warming to the below two degree target of the Paris Agreement – the number of people in the lose-lose bracket (experiencing losses in both fisheries and agriculture) would decline by a third.

Mitigation clearly can’t solve the problem completely: even under the ideal future emissions scenario, there are still projected production losses in the most vulnerable countries. But, these would be much reduced. For instance, the researchers calculated that on average, in lose-lose countries that would experience a 25% decline in agricultural productivity under the high-emissions scenario, this would slip down to 5% in a lower-emissions future. Nations that face a startling 60% decrease in fisheries productivity by 2100, could reign it in to 15% – still considerable, but much less dire – if we start reducing global emissions now.

But it’s not just poor or least developed countries that stand to benefit from reduced global emissions. Of the top 15 greenhouse gas-emitting countries in the world – which includes the United States – most would experience net gains in food production if we kept our emissions to below that two degree target.

To make these discoveries the researchers combined data on different food types – including maize, wheat, rice, and fish – with information about each country’s socioeconomic dependence on these different foods, and how foods would be influenced by projected climate changes. They also wove in data on how capable each country was to respond to the threat. This helped them assess how ‘vulnerable’ countries’ food systems were to climate change – defined as a combination of their exposure and sensitivity to the risk, as well as their adaptive capacity.

Above all else, the researchers stress the urgency of mitigation, to steer us away from widespread declines in global food production. “Vulnerability of both agriculture and fisheries to climate change can be greatly reduced if measures to mitigate greenhouse gas emissions are taken rapidly,” they write.