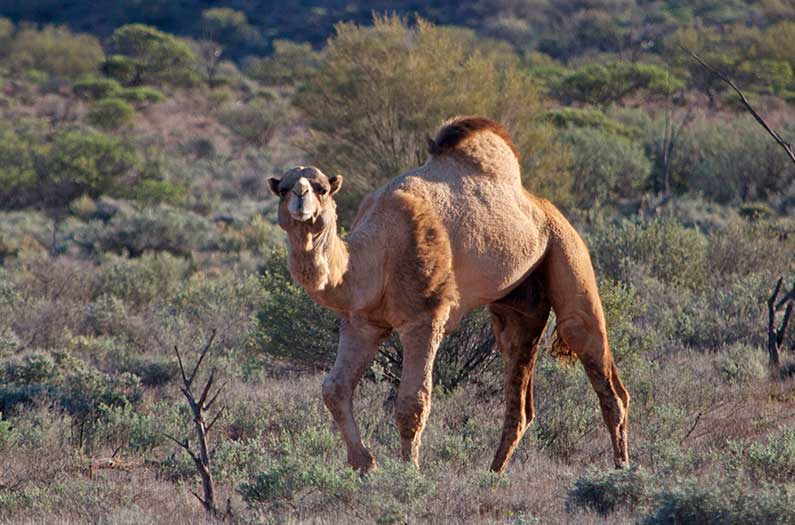 When conservationists measure a locale’s biodiversity, it’s typically the native animals who matter. Creatures whose ancestors arrived during the last few centuries or escaped from human captivity are not treated as though they belong.

But what if those non-native and feral animals are regarded, at least for the purpose of tabulating species, as legitimate members of their ecological communities?

“Currently, conservation data is filtered through a value system that considers ‘native’ life the only appropriate subject of conservation concern,” write researchers in the journal Conservation Biology. “We examined how trends in species richness, distribution, and threats change when all wildlife count.”

The researchers were led by ecologists Arian Wallach and Daniel Ramp, both of the University of Technology Sydney and so-called “compassionate conservationists”—a movement of scientists, conservationists, and ethicists who argue that the moral value of each individual animal’s life deserves more attention in discussions traditionally framed in species- and population-level terms.

One implication of that perspective is open-mindedness towards critiques of nativity as intrinsically good and non-nativity as likely bad, with the latter having little ecological value and frequently being killed to promote desired native species. “Nativism even filters the most fundamental empirical information available to conservation: species counts,” write Wallach’s team. “It is important to ask, independent of these judgements, what might be revealed if biodiversity datasets were fully inclusive?”

The researchers focused on vertebrate species whose forebears were imported into Australia by European colonists and their descendants—such as dromedary camels, African wild donkeys, and Mozambique tilapia—or else taken from Australia into new locales, as with growling grass frogs and laughing kookaburra. They identified 87 immigrant species and 47 emigrant species altogether; then they reviewed scientific literature, online databases, and government reports, ultimately estimating how much of each species’ population and habitat now occurs outside historical ranges.

Some interesting trends emerged. For species who “immigrated” to Australia—not a perfect term, since unlike human immigrants those animals had no choice in the matter—an average of 30 percent of their global range is now non-native. For those who “emigrated,” that non-native range is around 7 percent. One-third of immigrant species and one-quarter of emigrants are threatened or decreasing within their native ranges; the aforementioned African wild donkeys and growling grass frogs, for example, are both endangered, and donkeys critically so.

“The conservation community could come to regard threatened migrants as ‘refugees’ to be harbored, rather than ‘invaders’ to be targeted,” write Wallach and colleagues.

Meanwhile some 52 more species have immigrated into Australia than have gone extinct there since colonial times—a trend that certainly doesn’t offset the tragedy of extinction, but does make it possible to conceive of Australia ecologies in a different way: not simply depleted, but persisting and even flourishing with a slightly changed cast.

This is sure to be controversial, but it’s at least a conversation worth having. “We found that formal conservation accounts can underestimate species’ global distributions; that migrant populations can provide a safeguard for species threatened in their native ranges; and that they can increase local species richness even where extinction rates are high,” write Wallach and colleagues. “Inclusive conservation data can change our understanding of the living world.”