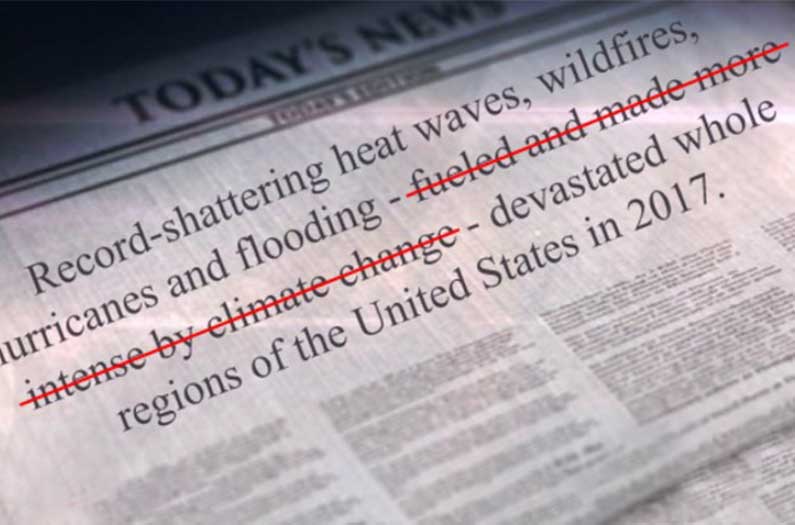 Not all weather disasters trigger climate conversations
Experiencing a weather disaster doesn’t necessarily focus a community’s attention on the climate crisis. The reasons include a lack of bandwidth in the aftermath of a disaster, and politics.
By Sarah DeWeerdt
December 17, 2019

Many types of weather-related disasters, such as droughts, floods, heat waves, and wildfires, are predicted to become more frequent and intense with climate change. And scientists are getting better at pinpointing the role of climate change in such events.

But experiencing a weather disaster doesn’t necessarily focus a community’s attention on the climate crisis, a series of case studies of communities in the United States suggests. The reasons include a lack of bandwidth in the aftermath of a disaster, and politics.

Researchers identified 15 communities, representing all regions of the United States, that were affected by an extreme weather event that caused fatalities between 2012 and 2015. The disasters included floods, tornadoes, wildfires, a landslide, winter cold and blizzard conditions, heat waves, and a hurricane.

They analyzed 4,610 local newspaper articles to assess coverage of climate change before and after the event, interviewed 164 community leaders, and gathered data on voting patterns, community organizations, education levels, and other community characteristics.

The weather disasters triggered climate change discussions in 9 of the 15 communities, as reflected by newspaper coverage in the aftermath of the event and comments made by community leaders in the interviews, the researchers reported December 9 in Nature Climate Change.

“In terms of making links to climate change, local reactions to an extreme weather event depend both on aspects of the event itself, but also on political leanings and resources within the community before the event took place,” lead author Hilary Boudet of Oregon State University said in a statement.

A weather-related disaster is more likely to trigger climate change discussions if it is perceived as unusual or has a high impact on the community, Boudet and her colleagues found. On the other hand, not having to wrangle a lot of outside media, volunteers, and donations in the aftermath of an event can free up time and attention for communities to focus on climate discussions.

There was no single factor common to all communities where climate change conversations did not occur, the researchers found. But characteristics that appear to contribute to the absence of climate discussion include Republican-leaning politics and lack of environmental civic capacity.

Even where climate change conversation did occur in the wake of a weather disaster, these discussions were relatively modest in intensity, and didn’t really lead to activism or a coordinated social movement.

“Although many of the extreme events we examined spurred significant mobilization for emergency response (volunteers, and donations for rescue and recovery efforts), we found they sparked little mobilization about climate change,” the researchers write.

Instead, it seems that communities were caught up in more pressing concerns such as ensuring the safety and physical and psychological health of affected residents, and starting to rebuild damaged infrastructure.

Moreover, even climate hawks were hesitant to appear to be making political hay out of the community’s suffering. “Some interviewees cautioned that even broaching the topic of climate change amid a disaster recovery could be perceived as using a community’s loss to further a political agenda,” the researchers write.

This suggests that it may take longer after a disaster for community climate mobilization to emerge. Repeated extreme weather events in the same or nearby communities may also contribute to people’s willingness to take climate action, the researchers suggest.