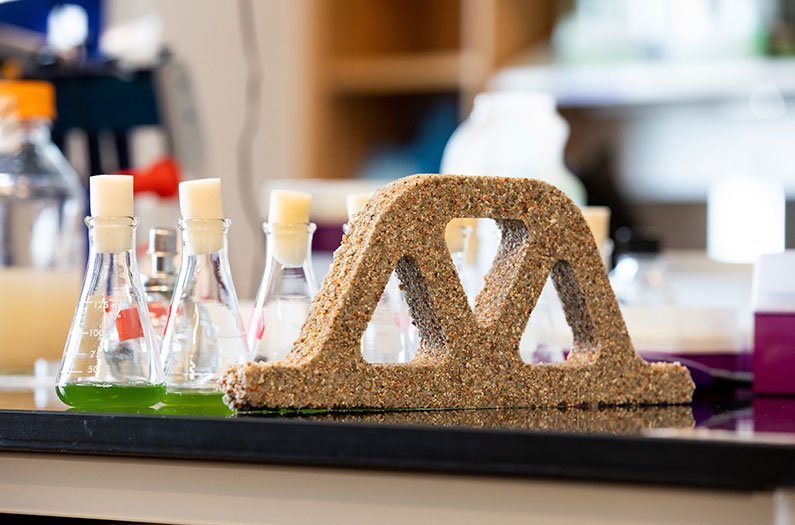 This new building material has cement-like strength—and it’s alive.
By mixing sand, gelatin and bacteria, researchers have made a new kind of brick that could revolutionize sustainable construction.
By Prachi Patel
January 16, 2020

The modern world is built on concrete. But the building material has remained pretty much the same for hundreds of years: a mix of sand, gravel, cement, and water. In a paper published in the journal Matter, researchers present a recipe for a new living, reproducing building material that has cement-like strength.

The material offers a sustainable alternative to modern building materials. Concrete is the substance humans produce and use the most. And it has an equally large carbon footprint. Producing cement, the glue that binds concrete, creates about five percent of global greenhouse gas emissions, twice that of the aviation industry.

To make the material, the researchers mixed sand with gelatin, growth enzymes, and calcium chloride to make a scaffold in which bacteria could grow. They poured this mixture into molds and added photosynthetic bacteria, which grow using the nutrients and moisture in the gel. As the material dries, the gel sets and becomes stronger. The bacteria, meanwhile, absorb light and produce calcium carbonate, binding the gel and sand and making the material tougher.

Blocks made of the material are tough and don’t crack easily. They aren’t as strong as regular bricks, but instead their strength is more similar to mortar, the mix of cement, sand and water that is used to glue together bricks. And they quite literally appear green. “We use photosynthetic cyanobacteria to biomineralize the scaffold, so it actually is really green,” says lead researcher Wil Srubar, who heads the Living Materials Laboratory at the University of Colorado Boulder. “It looks like a Frankenstein-type material.”

The living material can also reproduce. The researchers split the brick in half, and then add sand, gelatin and nutrients, prompting the bacteria to grow and form two complete bricks. This could be valuable to create building materials without using energy in deserts or other low-resource areas.

By using other types of bacteria, the researchers say they could also create new materials that could, for instance, sense and warn of toxins in the air. 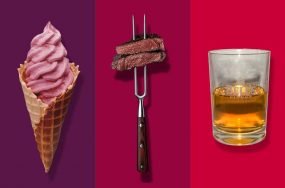