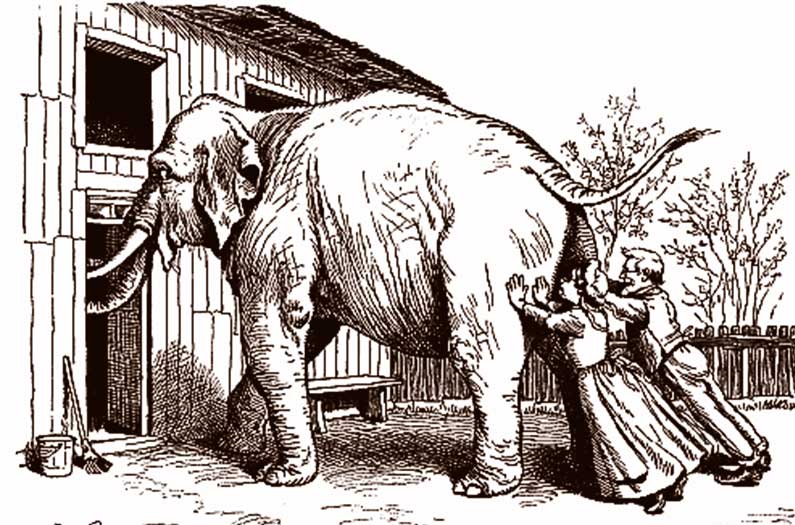 Here are a half-dozen nudges that could bring about rapid decarbonization
A team of researchers identified relatively small changes that could be activated within 15 years to bring about systemic changes within 30.
By Sarah DeWeerdt
January 21, 2020

It’s easy to get demoralized about the climate future. The goal of zeroing out carbon emissions by 2050, which scientists say is necessary in order to limit global warming to 1.5 °C at the end of the century, often seems out of reach. It all has to happen in just three decades, and we’ve barely even gotten started.

On the other hand, sweeping societal changes can happen really fast, in areas both practical – such as the spread of smartphones in the last decade – and profound – such as the rise of abolitionism in Britain in the late 18th Century.

But is such a thing possible in terms of decarbonization? An analysis published yesterday in the Proceedings of the National Academy of Sciences suggests the answer is yes. In it, an international team of researchers argues that seemingly small ‘tipping points’ can trigger large, rapid changes in societies.

“It is increasingly recognized that business-as-usual technological progress and carbon pricing alone are not likely to lead to rapid and deep reductions in greenhouse gas emissions,” they write. Instead, decarbonization is more likely to come from relatively small interventions that “activate contagious processes of rapidly spreading technologies, behaviors, social norms, and structural reorganization.”

The researchers surveyed 133 of their colleagues, convened a workshop with 17 of them, and combed through the scientific literature to figure out what those relatively small interventions might be.

Specifically, they identified nudges that could be activated within 15 years and bring about systemic changes within 30, rather than as-yet-imaginary technological solutions. And they only considered positive changes that would be compatible with the UN Sustainable Development Goals – so, no decarbonization via war and pestilence.

The result was a list of six interventions that, especially if more than one of them occur simultaneously, could help carry the whole global system over to a more sustainable track.

Second, governments could build carbon-neutral cities or other large-scale demonstration projects, while grass-roots efforts could help existing towns and cities move toward being carbon-neutral. These actions would help spread information and build consumer interest in fossil-fuel-free technologies, until they become the first choice for new projects.

Next, activists and opinion leaders could emphasize the moral implications of fossil fuels – that is, the idea that burning fossil fuels in ways incompatible with the Paris climate targets is immoral. This has the potential to shift societal norms and, consequently, widespread patterns of behavior.

Fifth, a massive climate literacy campaign to strengthen education about the climate in schools and universities, resulting in a generation of workers and leaders who are focused on stopping climate change.

And finally, better education of the general public by disseminating information about the carbon impacts of consumer and lifestyle choices – basically the climate equivalent of nutrition labeling.

“These do not necessarily comprise a comprehensive list of ‘silver bullet’ solutions,” the researchers caution. And: “Since social-ecological dynamics are subject to complex processes that cannot be fully anticipated, it is not possible to predict when and where exactly tipping points will be crossed.”

Still, even though these changes are far from certainties, the study seems like a step forward in directing climate action. For the past several months, my consciousness of the rapidity with which society can change has been one of my biggest reasons for climate hope. But, of course, I wondered if I was just fooling myself.   The new analysis suggests which specific changes to look towards, and it’s both comforting and useful to have a channel for one’s hopes.