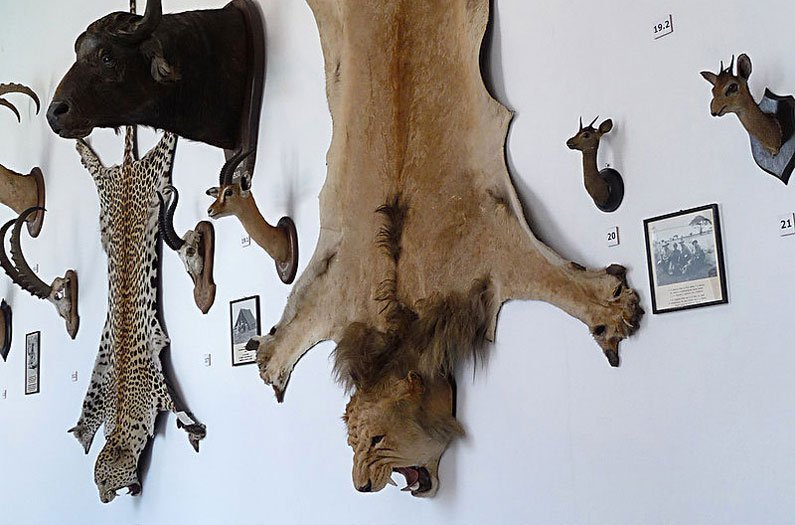 What’s the price to pay for banning trophy hunting in Africa?

The Western opposition to trophy hunting is a bit ironic given how much funding legal hunting generates for wildlife management and conservation in North America
By Jason G. Goldman
October 23, 2015

Many folks, at least among the conservation-minded, seem to agree that trophy hunting isn’t exactly a good model of animal welfare. But many also acknowledge that it can be, if executed properly and with oversight and strict quotas, a useful wildlife management tool. Hunting may be among the few useful mechanisms for controlling ungulate populations that would expand with abandon given the relative absence of natural predators. And in other places, the fees derived from legalized trophy hunting can fund important conservation efforts on the ground. As WWF researcher Robin Naidoo points out in a new paper in the journal Conservation Biology, the Western opposition to trophy hunting is a bit ironic given how much funding legal hunting generates for wildlife management and conservation in North America.

Naidoo and his colleagues from the WWF decided to see just what the economic impacts on Namibia have been from hunting, and using that information, they were able to infer what the possible consequences for the nation might be if trophy hunting were to be banned – something many Westerners would like to see. As a comparison, they did the same for ecotourism.

Opponents of trophy hunting don’t disagree that trophy hunting generates important revenue, but they will point out that ecotourism is an alternative model for generating that same revenue from wildlife. Animals, they will tell you, are worth more alive than dead.

Proponents of legal, monitored trophy hunting might respond (even if uncomfortably) that for some species, a single hunting license can bring in more dollars than several dozen tourists can. And with scientific oversight, licenses could be given for specific individuals who were already aging or who had already contributed their genes to the population’s future. If an animal must be killed, at least we can pick ones who are genetically superfluous. They will also remind you that hunters tend to be more willing to travel to places otherwise unable to benefit from tourism—places that aren’t as pretty or that are farther from major airports. And since trophy hunters are just after the trophies, they leave plenty of meat for locals to consume, which means that there could be more than a simple economic incentive to allow for some limited hunting.

“Understanding who benefits, and how, from wildlife as a land use is a critical prerequisite to designing effective policies and programs that support conservation as a sustainable alternative to other, less biodiversity-friendly, land uses,” writes Naidoo. “It is clear that for wildlife to survive outside (and perhaps even inside) of protected areas in Africa, people must have strong incentives to tolerate, or ideally embrace, wildlife as a land use.”

Until the mid-1990s, wildlife in Namibia was thought of as a natural resource, and animals were owned by the government. But then the government instituted a Community-Based Natural Resource Management(CBNRM) program, which allows communities to register lands as “communal conservancies.” Registration allows locals to manage and benefit from the wildlife that lived on those conservancies. The CBNRM program is widely seen as the turning point for Namibia’s wildlife. Prior to its implementation, wildlife was in severe decline there, and now it’s one of the few places in Africa where wildlife appears to be doing alright, all things considered. The CBNRM finally allowed local communities to benefit directly, both socially and economically, from the wildlife with whom they coexisted.

For both hunting and ecotourism, conservancies usually contract with private operators. Those contracts specify of percentage of revenue that gets turned over to the conservancy. That amounts to some 8-12% of lodge revenue and 30-75% of a trophy price, depending on the species. Those funds are used by conservancies to pay for their own operational and management costs, to pay wildlife rangers and game guards, and to fund vehicle maintenance and fuel; remaining funds are distributed to various projects within local communities.

In addition, agreements typically mandate that jobs be offered to community members. For a typical ecotourism lodge, that means 20-50 jobs, while it means 8-10 jobs for typical hunting operations. Locals are also allowed to hunt wildlife for subsistence, and can take advantage of meat left behind by trophy hunters.

Naidoo’s team used data from 77 such CBNRM-registered conservancies. The earliest ones in their dataset were registered in 1998, and the latest ones had operated for just a year by the end of the 2013 calendar year.

The results suggest that most conservancies need both hunting and ecotourism to benefit from their wildlife. Between 2003 and 2010, ecotourism benefits were larger than those from hunting, while hunting overshadowed ecotourism from 2010 onward. Hunting allowed payments and non-financial benefits (i.e. meat) to accumulate faster than ecotourism did, though ecotourism-related salaries have grown ten times faster than have those from hunting-related jobs. (The drop in benefits from tourism after 2010 may be related to the global economic downturn, which forced many Westerners to travel less, or to other, cheaper destinations.)

Of 52 conservancies that had any sort of financial benefit from wildlife (that is, their income was higher than their expenses), more than half derived all or almost all those benefits from hunting. Just six were wholly or mostly reliant on ecotourism, while 18 conservancies benefited equally from both activities. Still, from a statistical perspective, neither form of tourism won out as being more beneficial than the other, with one small exception: after beginning their tourism operations, conservancies drew benefits from hunting more rapidly (within 3 years) than from ecotourism (which took 6 years, on average).

Also different were the kinds of benefits that each activity offered to the conservancies. To put it plainly, hunting offered money and meat while ecotourism offered employment. Between 2011 and 2013, hunting operations paid $5.41 million to community conservancies, while ecotourism operations paid $2.13 million. (Buffalo and elephant, by the way, were the most lucrative trophies, with elephants representing 55% of all hunting-related income.)

It was when Naidoo simulated a ban on trophy hunting that things became really interesting. In 2013, 74% of conservancies had income that was greater than their operating expenses. In other words, they were in the black. But if they were deprived of hunting-related income, only 16% of conservancies would have been able to pay all their bills. That’s some 50,000 square kilometers of land that would go without important protections.

By contrast, if the opposite were to occur – if communities were deprived of ecotourism-related revenue – they would still feel it, but the impact would be smaller. In that scenario, 59% of conservancies would remain in the black.

The researchers say, “this is the first study to use detailed quantitative data across multiple jurisdictions and over a lengthy timespan to directly compare the financial performance of these two activities.” They found that both activities made important contributions to local communities, and moreover, that those contributions were separate: ecotourism offered employment and wages, while hunting supported governance, management, and operational costs. “A focus on either one or the other would lead to substantial reductions in overall benefit generation and incentives for wildlife conservation throughout Namibia,” they say.

The bottom line is clear. Current economic and social circumstances seem to necessitate at least some trophy hunting if local communities are to tolerate the presence of wildlife. If Westerners wish to ban trophy hunting, then it seems they need to put their money where their mouth is, and pay a lot more for their photo safaris than they do now.