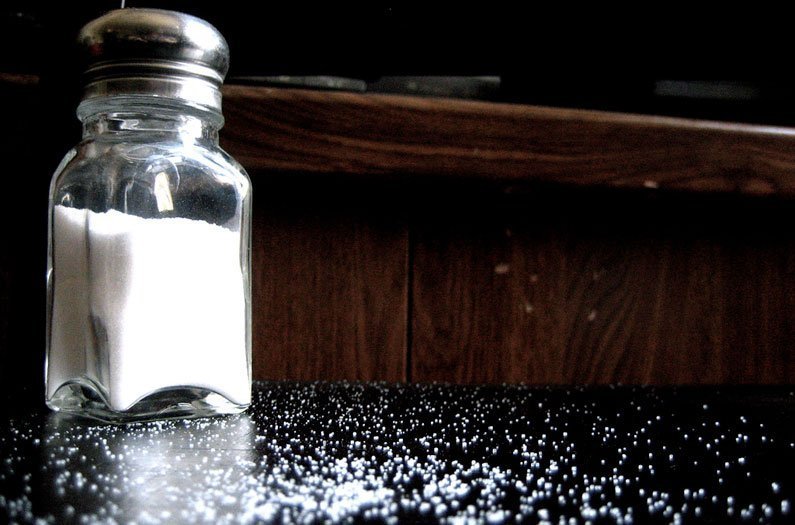 Plastics are invading your salt shakers

Microplastics have infiltrated our oceans and can now be found in a wide variety of marine critters, including the ones we eat. Microplastics might also find their way into sea salt since, well, it comes from the sea.
By Jason G. Goldman
November 13, 2015

The first thing they teach you when learning to cook is that everything, even desserts, can benefit from some salt. That’s because salt – a sodium atom plus a chloride atom – helps food to taste more like itself, thanks to some fancy gustatory neuroscience. But sometimes, it seems, adding a little salt can make your food taste more like plastic.

That’s according to a new study published in the journal Environmental Science and Technology. Microplastics, which are defined as any plastic particle less than five millimeters wide, have infiltrated our oceans and can now be found in a wide variety of marine critters, including the ones we eat. It stands to reason that microplastics might also find their way into sea salt since, well, it comes from the sea. The coast of China turns out to be a microplastics hotspot, and since “seawater is widely polluted by microplastics,” writes East China Normal University researcher Dongqi Yang, “sea salts might contain microplastics” as well.

To find out, Yang and his colleagues went shopping. They bought 15 different brands of sea salt from randomly selected Chinese supermarkets, with each salt originating in a different place, as well as a handful of lake and rock salts for comparison purposes. Perhaps unsurprisingly, they discovered the highest microplastic concentration in sea salt, with between 550 and 681 particles per kilogram. Next was the lake salt, which contained between 43 and 364 particles per kilogram. The rock salt also contained a bit of plastic, but only between 7 and 204 particles per kilogram. Because that value was so low, the researchers suspect that the plastic gets introduced into the salt in the production and packaging process, rather than being locked away in the salt mines themselves. Which means that it’s an additional route for salt intrusion into lake and sea salts as well.

More than half of the plastic particles they recovered were smaller than 200 micrometers wide. That’s about twice as wide as a human hair, and only slightly larger than the width of a paramecium. The dominant form of plastic they found was cellophane which, given its ubiquity in human culture, should perhaps be expected. These results tell us not just about the salt we sprinkle on our foods, but also something about the health of Chinese coastlines, from which the seawater to make sea salt is procured.

According to the World Health Organization, human adults should consume fewer than 5 grams of salt. At that level of intake, a human in China could consume as many as 1,000 pieces of microplastic each year from table salt alone – not to mention the plastics they could ingest by eating seafood. Though the risk from seafood is considerably higher (perhaps 11,000 pieces per year by eating mollusks), the use of salt is nearly universal, while folks can try to avoid seafood, if they so choose. Just what that means for human health is still very much an open question.