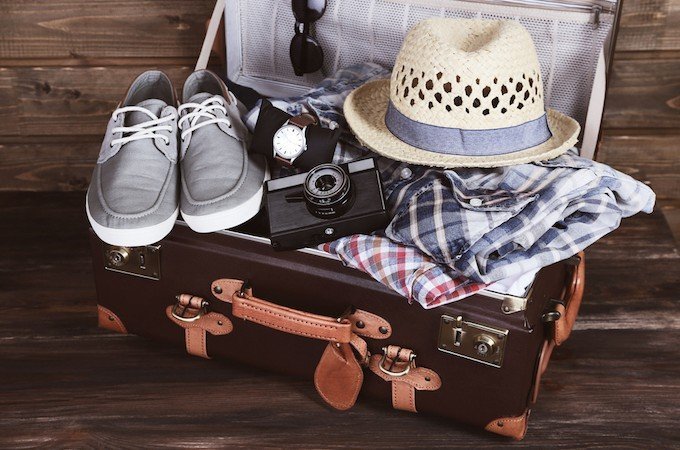 Is tourism compatible with the decarbonized economy?

What if there was a way to go on vacation while helping fix the carbon emissions problem? According to new research, tacking on an $11 tax to each trip could do just that.
By Jason G. Goldman
December 2, 2015

Many of the consequences associated with climate change are quite dire. Here’s just one example: In 2014, the IPCC predicted that if current warming trends continue, the planet’s surface would be around 2.6-4.8oC warmer by the end of the century than it was at the beginning. That ~4oC increase, they say, “would result in large coastal and other areas of the earth being physically and economically transformed; a large fraction of species at risk of extinction and ecosystems significantly altered; undermine water and food security; displace millions of persons and lead to substantial economic losses.”

So the main question that now faces us is how to slow or reverse that warming trend. One industry highlighted by the IPCC is tourism. The growth in tourism will be unsustainable against a background of climate change, and yet there is little chance that folks will stop going on vacation. But what if there was a way to go on vacation while helping fix the problem? According to new research, tacking on an $11 tax to each trip could do just that.

Global tourism is almost entirely reliant on fossil fuels, burnt up in the engines of airplanes, cars, boats, buses, and trains. The remaining third of energy used by tourists comes through the use of temporary lodging – hotels and the like. In 2005, researchers estimated that tourism contributes approximately 5% of annual anthropogenic greenhouse gas emissions. A 2009 estimate calculated that cruise ships alone account for 1.5% of global tourism emissions. By 2035, tourism-related CO2 emissions could increase by 135% over 2005 levels. All that despite global goals of reducing emissions by 40-70% by 2050.

One strategy – though it is controversial and not comprehensive – is carbon offsetting. That is, allowing the tourism industry to purchase carbon emissions allocated to industries that are successful at reducing their own emissions. Indeed, University of Waterloo researcher Daniel Scott argues in the Journal of Sustainable Tourism that, “carbon offsetting schemes are regarded by some policy actors as a substantive and useful element of any regulatory and political solution to climate change, together with other alternatives to economic instruments, such as efficiency standards and carbon accounting.” In other words, it’s not a complete solution, but can be part of a broader plan.

To estimate how the tourism sector could offset its own emissions, Scott and his colleagues calculated both the projected emissions trajectory and two different emissions reduction targets for 2030 and 2050. Then he calculated the difference between the two and what it would cost to offset that gap for the years 2015 through 2050.

They found that $70 billion would offset the gap between carbon emissions and carbon reduction goals by 2030. If that amount was distributed equally among the 6.6 billion folks projected to travel domestically and abroad by 2030, it would cost each traveler just $11 for trip. That would meet the 50% emissions reduction target. If those costs were instead distributed equally only among the 1.8 billion international travels projected for 2030, then each traveler would pay just $38. “In other words,” write the researchers, “the cost to create a sustainable tourism sector compatible with global climate policy is approximately equal to many already existing tourism taxes and fees.”

This is more a band-aid than a long-term, sustainable solution, and Scott acknowledges as much. The first remaining issue is how to handle the emissions gap beyond 2030 or 2050. If investments are made towards abatement – that is, industry-wide green technologies – for the next forty years, then perhaps by 2050 the industry could be poised to become more environmentally friendly overall. A second risk with a policy centered on offsetting is that climate policies change, and are projected to become stricter – which would have the effect of widening the gap between emissions and goals, or of making those carbon offsets more expensive, and potentially unsustainably so. Finally, relying on offsetting alone could lead the tourism industry to be perceived as lazy on environmental issues, a reputation that would not fare well as consumers become more savvy spenders.

Despite these limitations, Scott underscores the point that this is “the first [study] to explore the potential costs associated with the tourism sector transforming itself to become compatible with the decarbonized economy of the mid-twenty-first century,” and that more research is of course necessary.

Still, he and his colleagues propose that the tourism sector develop a protocol for emissions measurement and reporting. That is a necessary first step towards achieving their second recommendation – a long-term plan for altering the way that the industry goes back its business. “Business leaders and investors increasingly view not having a carbon-risk management strategy as not meeting fiduciary responsibilities,” they warn.

Tourism promises tremendous benefits for people. It allows the world to feel smaller, its inhabitants to feel more connected, its political boundaries to seem arbitrary. But those benefits will not be realized if the industry itself can’t meet the needs of a changing, warming world.