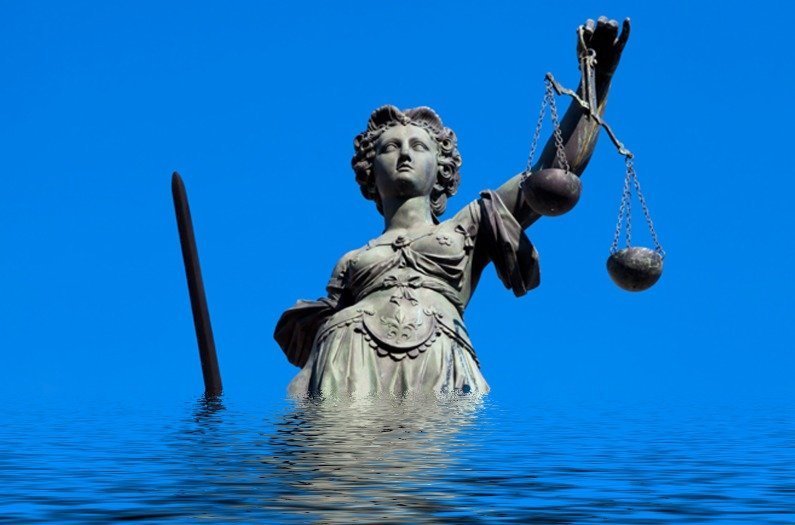 Climate injustice: Those who emit the least pay the most

In a cruel global irony, countries that spew the most greenhouse gases are the least susceptible to the ill effects of climate change such as floods, biodiversity loss, and diseases.
By Prachi Patel
February 11, 2016

In a cruel global irony, countries that spew the most greenhouse gases are the least susceptible to the ill effects of climate change such as floods, biodiversity loss, and diseases. Nations emitting the least amounts, on the other hand, will suffer the most, report researchers at the University of Queensland in Australia and the Wildlife Conservation Society.

“This is like a non-smoker getting cancer from second-hand smoke, while the heavy smokers continue to puff away,” said James Watson, a professor of geography, planning and environmental management at the University of Queensland in Australia, in a press release. Watson, Glenn Althor, and Richard Fuller reported their results in the journal Scientific Reports.

To measure climate change inequality, the researchers used the most recently available datasets on greenhouse gas emissions and climate vulnerability assessments for 184 countries for the years 2010 and 2030. The vulnerability data included 22 indicators across four areas: environment disasters, habitat change, health impact, and industry stress. A country’s overall vulnerability was measured by impact on GDP and mortality.

They found that the top ten emitters are responsible for over 60% of emissions. Nearly all of the 17 countries acutely vulnerable to climate change effects in 2010 were small island nations or African countries. By 2030, the researchers predict that the number of acutely vulnerable countries will rise dramatically to 62, and the majority of these—47—will again be island and African countries. These are countries with lowest GDP and economic growth, and hence few resources to cope with the effects.

Twenty countries were “free riders” with highest emissions and lowest repercussions. These include countries like the US, Canada, Australia, China, Brazil, Russia, and much of western Europe.

The historic commitment to greenhouse emissions reduction by key free riders has been slow, the researchers say. For instance, the US and Russia were not on the list of 50 countries that ratified the Doha Amendment to the Kyoto Protocol. Plus, some countries like Canada and Australia have actually backtracked on their commitments to emissions reductions, the researchers point out.

While the recent Paris agreement was a key step forward in global climate negotiations, there needs to be a meaningful mobilization of these policies to achieve national-level emissions reductions and to make sure vulnerable countries can quickly adapt to climate change, the researchers say in the paper. “Essentially,” said Watson, “we are calling for the smokers to pay for the health care of the non-smokers they are directly harming.”