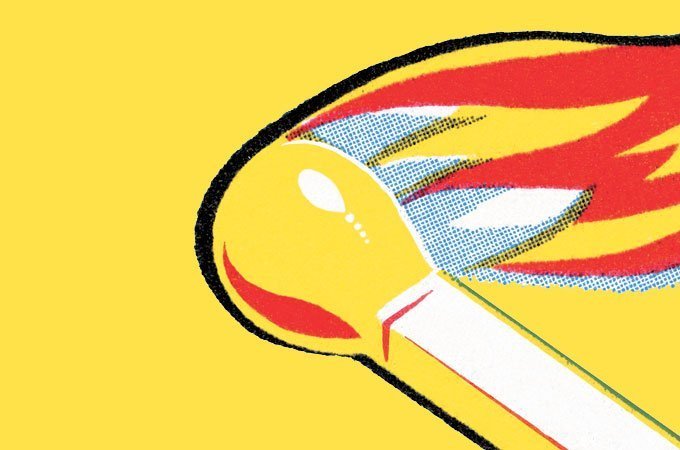 Could biodiversity protect against wildfires?

One factor leading to increased wildfire susceptibility might be surprising: biodiversity loss. In particular, the extinction of small, ground-dwelling mammals may prime Australia's bush to burn.
By Jason G. Goldman
March 30, 2016

One factor leading to increased wildfire susceptibility might be surprising: biodiversity loss. In particular, the extinction of small, ground-dwelling mammals may prime Australia’s bush to burn.

Wildfires certainly threaten biodiversity in some cases. According to the IUCN, 179 mammal, 262 bird, 146 reptile, 300 amphibian, and 974 plant species can count wildfire (and fire suppression) among their existential threats. More wildfires means less wildlife, even accounting for the many ecosystems that are already fire-adapted. But according to a new study published in the journal Animal Conservation, it works the other way around too.

Matt Hayward, a conservation ecologist at Australia’s Bangor University and the Australian Wildlife Conservancy, argues that restoring biodiversity could reduce the likelihood of a wildfire starting—or of spreading rapidly once it’s begun.

Australia has lost 29 of its 315 terrestrial mammals over the last two centuries. Some of these mammals only persist on nearby islands while others are truly extinct. Because there tends to be very little overlap in the role each species plays within an ecosystem, it’s unlikely that another species could continue doing the work of one that goes missing.

One of the most important sources of flammable material, as far as wildfires go, is leaf litter. And fossorial species—those critters that dig and burrow—help reduce the amount of leaf litter on a landscape. In part, that’s because they stir it all up, but it’s also because holes and burrows in the ground retain moisture, which helps to break down dead leaves. If those critters disappear, then leaf litter accumulates and all it takes is one spark for a landscape to go up in flames.

At least, that’s the hypothesis.

To find out if fossorial species really do help reduce the volume of leaf litter—and whether that in turn reduces the likelihood of a wildfire—Hayward and his colleagues turned to a set of three restoration sites managed by the Australian Wildlife Conservancy. Within each there were smaller fenced areas that kept introduced mammals, like red foxes, rabbits, domestic cats, and domestic livestock out, while allowing for the reintroduction of locally extinct fossorial species, like the tammar wallaby, bridled nailtail wallaby, greater stick-nest rat, southern brown bandicoot, numbat, and others.

Recommended Reading:
Fast transition to carbon-free energy could save trillions

By comparing the accumulation of leaf litter both within those enclosed areas and outside of them, the researchers could determine whether the native diggers really were helping to reduce the amount of flammable dead leaves. They discovered that the native fossorial mammals reduced the mass of leaf litter to the tune of 24%. That is, there was 24% less fuel for wildfires within the fenced areas than outside of them.

Then, the researchers turned to a mathematical model to see whether the presence of the reintroduced marsupials really did lower the probability of a fire starting. The model predicted a 74% reduction in flame height and a 33% reduction in the speed at which a fire would spread within the fenced-in areas, thanks to the reduction in fuel.

What this represents is a natural, sustainable approach to wildfire prevention efforts. It not only serves to reduce the threat that wildfires pose for human and animal safety, but could also reduce the economic costs associated with fire suppression. In the US we spend nearly a billion dollars each year on preventing fires and putting them out when they occur. And there’s a bonus benefit in terms of climate change: if allowed to slowly decompose, dead leaves release carbon into the atmosphere far more slowly than if burned by a wildfire.

Despite fauna reintroductions throughout the continent, Australia will no doubt continue to suffer from wildfires. But as part of a comprehensive fire prevention system, why not let native wildlife do some of the work?