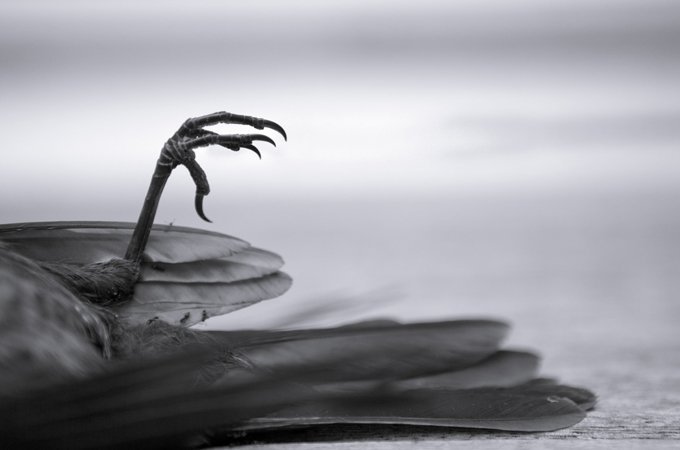 When green buildings are deadly to birds

Many green buildings are designed with lots of windows to reduce the need for artificial light and heating. So there can be a tension between saving energy and saving birds.
By Sarah DeWeerdt
March 29, 2016

Collisions with windows are one of the biggest human-related causes of bird deaths in the United States, responsible for up to one billion avian fatalities every year. That’s as much as 9 percent of the country’s entire bird population.

In general, the more windows and the bigger windows a building has, the more dangerous it is for birds. Many green buildings are designed with lots of windows to reduce the need for artificial light and heating. So there can be a tension between saving energy and saving birds.

Glass with etched patterns, mullions, or UV-reflective films can help birds recognize windows as a barrier and avoid flying into them. But scientists have incomplete knowledge of how well these measures work, as well as what aspects of buildings and biology make birds more vulnerable to window strikes in the first place.

Two recent studies conducted on opposite sides of the country fill in some of these details. In the first study, researchers at Duke University studied six buildings on campus to find out which ones were responsible for the greatest number of bird strikes [1].

The researchers carried out 21-day surveys in spring 2014, fall 2014, and spring 2015, walking the perimeter of each building each day to look for bird carcasses.

Due to the small sample size of just six buildings, the researchers focus on qualitative data rather than statistical analysis. Both greater window area and greater forest cover surrounding a building are associated with a higher rate of bird strikes, they say.

One building, the Fitzpatrick Center for Interdisciplinary Engineering Medicine and Applied Sciences, accounted for three-quarters of the collisions. Its surface area is 57% glass, and it is approximately 33% surrounded by forest cover.

But the study also provides some evidence that measures to prevent bird-window collisions can be effective. One building, Penn Pavilion, had only two bird strikes, even though its façade is 97% glass and it is 76% surrounded by forest. Penn is the only building in the study with fritted glass, which is etched with closely spaced lines that help make it visible to birds.

In the second study, researchers from the California Academy of Sciences tracked bird-window collisions at the Academy’s building in Golden Gate Park, San Francisco, from March 2009 through the end of 2013 [2]. Theirs is one of the few studies of bird strikes that have been conducted West of the Mississippi River, and one of the few to include year-round and multi-year data.

The building, which houses a natural history museum, aquarium, and planetarium, was the site of 308 fatal bird strikes over the course of the study – an average of about 60 per year – involving more than 30 species.

Over 90 percent of fatal collisions occurred at windows with large panes one meter or more in width, the researchers found. Small windows with panes half a meter or less in width had a much lower strike rate, suggesting that breaking up large panes with mullions or even false mullions could make them safer for birds.

The researchers also conducted surveys of the birds present in the surrounding parkland so they could determine which birds are most at risk of window collisions. They suspect that males are disproportionately vulnerable because they are territorial, juveniles because they are inexperienced, and migratory species because they are less familiar with the area.

It’s not clear why small birds are more susceptible to window collisions than large birds, but the three most frequently affected species were hummingbirds; one species, Anna’s hummingbird, accounted for 42% of all fatal window strikes.

In March 2011, retractable shades were installed on the outside of the large-paned windows on the East and West sides of the California Academy building. These effectively reduced the window area by two-thirds on each façade, but bird strikes dropped even more, to 6-10% of the previous rates.

At Duke University, the researchers used their results as the basis for a student government resolution calling on the administration to take action to reduce bird-window collisions. This resolution and subsequent media coverage resulted in bird deterrent film with a dotted pattern being applied on several sections of the Fitzpatrick Center’s façade in September 2015.

They also argue that measures to prevent bird strikes should be more prominent in sustainable building codes. For example, the Fitzpatrick Center is LEED certified silver, and the California Academy building has double-platinum LEED status. But both buildings, though friendly to the environment, could be deadly to birds.