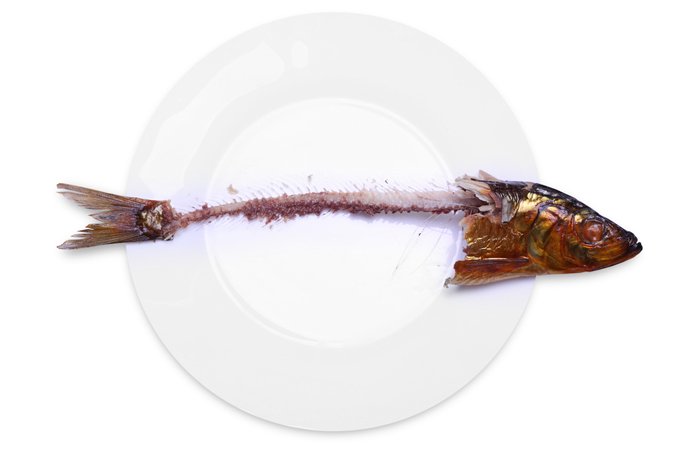 The hidden drawbacks of moving farmed fish toward a vegan diet

In a single year, an area of land the size of Iceland was used to raise crops for fish feed, and fish raised on these crops have lower levels of healthy Omega 3 fatty acids.
By Catherine Elton
March 25, 2016

Researchers are calling into question the sustainability buzz around aquaculture’s increasing use of crop-based feed and vegetable oils to raise fish. In a first-of-its-kind paper, published recently in the journal Environment International, researchers identified—and in some cases quantified—the myriad environmental impacts of this trend. Among the findings: in a single year, an area of land the size of Iceland was used to raise crops for fish feed, and fish raised on these crops have lower levels of healthy Omega 3 fatty acids.

Aquaculture is the fastest growing animal production sector, and it currently provides humans with half of the fish we consume. So the shift away from fish meal and fish oil toward plant-based feed certainly reduces pressure on increasingly scarce marine resources. But that’s only part of the story, says lead author Jillian Fry.

“We wanted to bring to light the fact that resources used to grow crops are also limited and there are chemical inputs in agriculture to consider, too. It’s not a totally benign activity to rely upon for growing an industry,” says Fry, of the Johns Hopkins Center for a Livable Future. Even more, she says, “If the Omega content of farmed seafood is changing, this has implications for dietary guidelines.”

No one knows exactly where the crops that go into fish feed are raised, so the researchers ran two models to calculate the land, water, nitrogen, and phosphorus that are used to produce aquaculture feed used in a single year. The first one assumed that production of a given crop for aquaculture feed was proportionate to overall production of that crop. The second model assumed the crops came from the three biggest producers of each of the top five crops used in aquaculture: rapeseed/canola, soybean, maize, groundnuts and wheat. Only commercially available fish feed was considered.

The authors also performed two literature reviews, one on the environmental health impacts of industrial crop production and one on the implications for human nutrition.

Among the findings were that 24.5 to 25.7 million acres of land would have been dedicated to growing feed for fish in the model year, 2008. The literature review revealed that fillets from fish fed vegetable oils were lower in Omega 3 fatty acids and higher in Omega 6s than fish that were fed fish oil.

The health implications of this change, however, are not known. But Fry says that dietary guidelines on how much fish Americans should consume are designed to enable people to get certain levels of the marine Omega 3s EPA and DHA, which cannot be obtained from other sources.

Fry warns that she is in no way advocating that people change their diets to avoid eating farmed fish. She just wants them to think more broadly about the changing diets of fish.