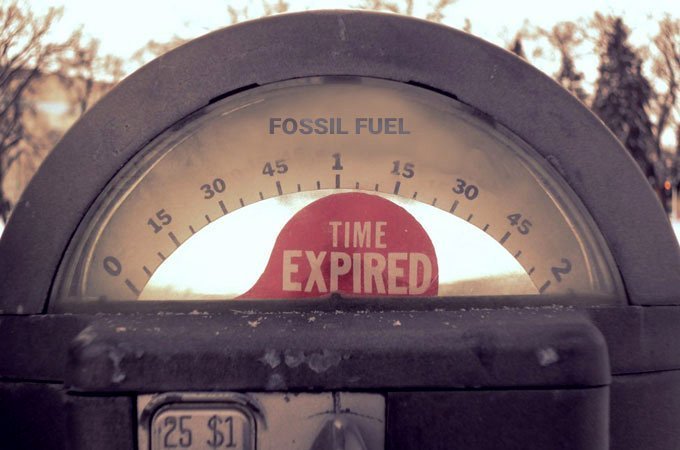 We can bid adieu to fossil fuels within a decade

The shift from wood to coal in Europe took between 96 and 160 years. Mainstream adoption of electricity, meanwhile, took 47 to 69 years. But energy transitions can also happen much more quickly than commonly believed.
By Prachi Patel
April 21, 2016

A new study shows that the world could wean itself off of fossil fuels within the next ten years. The right mix of measures would have to be put in place for that to happen, University of Sussex researchers say, but it should be possible if government leaders commit to it.

Last year, leaders of G7 industrial nations reached an agreement to phase out fossil fuels by 2100. But it could be done in a fraction of the time with a collaborative, interdisciplinary, multi-scalar effort, says Benjamin Sovacool, Director of the Sussex Energy Group at the University of Sussex.

In a study published in the journal Energy Research & Social Science, Sovacool analyzed immense energy transitions in the past and compared them with successful energy revolutions that have occurred in recent modern history.

He states that the shift from wood to coal in Europe took between 96 and 160 years. Mainstream adoption of electricity, meanwhile, took 47 to 69 years.

But energy transitions can also happen much more quickly than commonly believed, the researchers say. As proof, they present ten case studies of energy transitions that, in aggregate, affected almost one billion people and needed only 1–16 years to unfold. In China, for instance, around 592 million people adopted energy-efficient stoves between 1983 and 1998. In Indonesia, it took just three years to move two-thirds of the population from kerosene stoves to cleaner liquefied petroleum gas stoves. Ontario, Canada completed a shift away from coal between 2003 and 2014. Meanwhile, near-complete transitions to natural gas in the Netherlands and nuclear electricity in France took roughly a decade.

What these success stories have in common is strong government intervention and changes in consumer behaviors, driven by incentives. Many are based on discoveries of new forms of energy or technology.

Today, Sovacool said in a press release, the threats of resource scarcity and climate change combined with the dizzying speed of technological innovations could greatly accelerate the move to clean energy.

“Moving to a new, cleaner energy system would require significant shifts in technology, political regulations, tariffs and pricing regimes, and the behavior of users and adopters,” he said. “Left to evolve by itself—as it has largely been in the past—this can indeed take many decades. A lot of stars have to align all at once. But we have learnt a sufficient amount from previous transitions that I believe future transformations can happen much more rapidly.”

He does add, though, that the practicalities of actually achieving it mean it would never happen that fast in reality. He also suggests that fossil fuels will never fully be replaced as a source of power, saying in the paper that “older sources of energy—such as muscle power, animate power, wood power, and steam power—still remain in use throughout the world today; they have not entirely been replaced by fossil, nuclear, and modern renewable energy.”