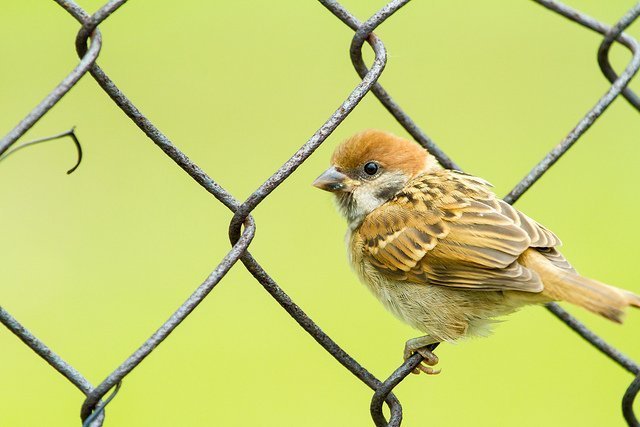 Birds that live in urban areas are better at figuring out how to access new sources of food compared to rural birds of the same species, says a new study.
By Sarah DeWeerdt
April 26, 2016

Birds that live in urban areas are better at figuring out how to access new sources of food compared to rural birds of the same species, says a new study. City birds also show stronger immune responses than their country cousins, perhaps because urban life brings them into contact with a wider array of pathogens.

The study is part of a larger body of research exploring what characteristics enable species to thrive in human-dominated landscapes. Scientists reason that in the urban wild, birds have to be opportunistic, flexible, and innovative to take advantage of food sources provided (deliberately or not) by people. And they have to be willing to tolerate the noise and hubbub of people and traffic in cities.

To test these predictions, researchers from McGill University captured 50 Barbados bullfinches (Loxigilla barbadensis) and brought them back to the laboratory for behavioral and physiological tests. This species does well in both wild and developed parts of Barbados, and the researchers captured birds from eight different sites representing a rural-to-urban gradient on the Caribbean island.

Urban Barbados bullfinches have a stronger reaction than do rural ones to an injection of a compound called phytohemagglutinin, the researchers reported recently in Behavioral Ecology. This is a standard test of immune function and suggests that the urban birds have more robust immune responses, a finding in line with other studies.

Also as expected, urban bullfinches are more tolerant of human presence than rural ones: after seeing a person put out a Petri dish full of birdseed, they’re quicker to start feeding from it. Surprisingly, though, both groups of birds are equally wary of a new object, such as a pair of small, brightly colored balls, placed near the feeding dish.

When it comes to problem-solving, city birds have an edge over country birds. They are faster at figuring out how to access birdseed by either pulling open a drawer or lifting a hinged lid of a small plastic contraption. They are also better at solving a two-step puzzle that requires pulling a seed-filled tube out of a tunnel and then removing its lid to get at the food.

But urban and rural birds are well matched at another intellectual task: learning to associate either a green or a yellow dish with a food reward, and then switching their allegiance when the color that yields the reward is changed.

The latter part of this task measures behavioral flexibility, which is thought to be an advantage in the variable and unpredictable urban environment, so the researchers were surprised to see no differences here. But that may be due to the details of this particular test, they say; it’s not yet clear how best to measure the skills and temperament that serve birds best in cities.

Also unknown is whether urban and rural populations of the Barbados bullfinch differ genetically (in fact, this would be surprising, the researchers say, because the island where it lives is so small). Alternatively, the differences seen in the study could be due to learned behaviors. Or they could reflect sorting of individuals into the best habitats for them: it may be that some birds are just city folk, and gravitate to that environment regardless of where they are born.