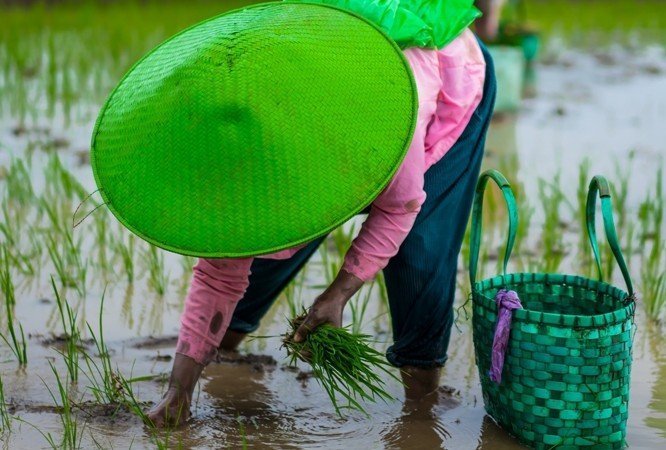 With incentives equal to the next-to-nothing value of 5 dollars per tonne of carbon-equivalent, farmers could cut emissions by 5 to 7 percent, or by the equivalent of over 210 million tonnes of carbon per year.
By Catherine Elton
April 1, 2016

When it comes to climate change concerns, carbon may get the most attention, but methane and nitrous oxide emissions are also a source of trouble. More than half of the emissions of these two greenhouse gases are attributable to agriculture—and that figure is only set to rise.

The good news, however, is that there are many opportunities for farmers to mitigate their emissions at very low or no cost, according to a recent and extensive global analysis published in the Journal of Integrative Environmental Sciences.

Researchers found that the maximum potential for the sector is a 13 to 16 percent reduction, or 520 million tonnes of carbon equivalent per year. With incentives equal to the next-to-nothing value of 5 dollars per tonne of carbon-equivalent, farmers could cut emissions by 5 to 7 percent, or by the equivalent of over 210 million tonnes of carbon per year. In some cases, mitigation activities would be profitable even without government incentives. Across the board, the greatest mitigation opportunities were found in Asia, with changes to rice production showing the greatest potential.

Lead author Robert H. Beach says the study was unique in that it used the most up-to-date data to analyze the issue on a country by country basis, enabling researchers to account for the very heterogeneous nature of the costs and benefits of different mitigation options. The study included nearly 40 different mitigation techniques and reported results for seven geographic regions.

According to Beach, a senior economist and fellow at RTI International, among the most promising options were no-till cultivation; improved efficiency of nitrogen fertilization, which includes reducing fertilizer in most countries, but increasing it in Africa; and improved water management of rice production, which includes draining paddies mid-season. In terms of livestock management, switching to intensive grazing in East Asia and administering hormones to dairy cattle in the developing world were among the most promising activities.

The researchers used various models to calculate the costs and emissions savings of implementing these changes. Putting all of this together, they were able to identify how much greenhouse gas emissions could be reduced at different price points: at a minimum carbon price far below the savings associated with reducing emissions; at the average social cost of carbon, which is the price of economic damages from carbon emissions; and at any price.

While the study considered options that were feasible in terms of their effect on yields and farmer revenue, Beach says that they assumed production would remain constant. Further study is needed to analyze the potential food security implications of these measures. He is currently at work on a study that does just that.