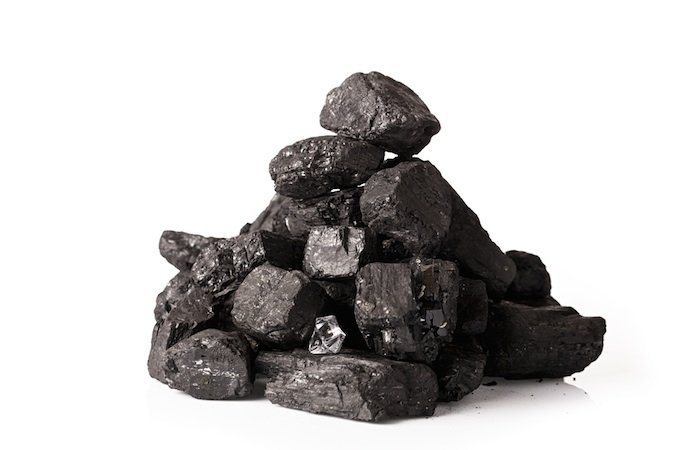 The new design combines two well-known technologies: coal gasification and fuel cells. Both are used today to generate energy, but combining them is the key for boosting efficiency, researchers say.
By Prachi Patel
April 7, 2016

Last year, the world added more solar and wind energy capacity than coal, natural gas, and oil combined. But that doesn’t mean coal is going away any time soon. According to the International Energy Agency, coal provides about 40% of the world’s energy, and while the growth in its use has slowed, coal power generation will still increase around the world over the next few decades.

Which points to a need for cleaner, more efficient coal plants. A new hybrid energy system designed by researchers at MIT promises that. Simulations show that the system could double the fuel-to-electricity efficiency of coal plants, which means cutting the plants’ carbon dioxide emissions in half.

The new design, which mechanical engineering professor Ahmed Ghoniem and his PhD student Katherine Ong describe in the Journal of Power Sources, combines two well-known technologies: coal gasification and fuel cells. Both are used today to generate energy, but combining them is the key for boosting efficiency, the researchers say.

Coal gasification plants crush coal into a powder and then heat it in a flow of hot steam to release mainly carbon monoxide and hydrogen. These gases are used as a fuel for a gas turbine that produces electricity, or as feedstock for making chemicals.

In the new design, Ghoniem and Ong suggest feeding the gas mixture instead into a solid oxide fuel cell, where it would react with oxygen from the air to produce electricity. The fuel cell could be installed in the same chamber as the gasifier so the hot gas flows right into it. The fuel cell would create enough heat for the gasification process, eliminating the need for a separate heating system that requires burning some of the coal, Ong explained in a press release.

Unlike conventional hydrogen fuel cells, these fuel cells run on carbon monoxide and hydrogen and would generate carbon dioxide. But this would be as a pure stream, unlike the air-containing mixtures produced by burning coal, so it would be easy to capture and bury underground.

The research duo now plans to build and test a small pilot-scale system. And because the design requires no new technologies, a full-scale operational system could be built within a few years, they say. 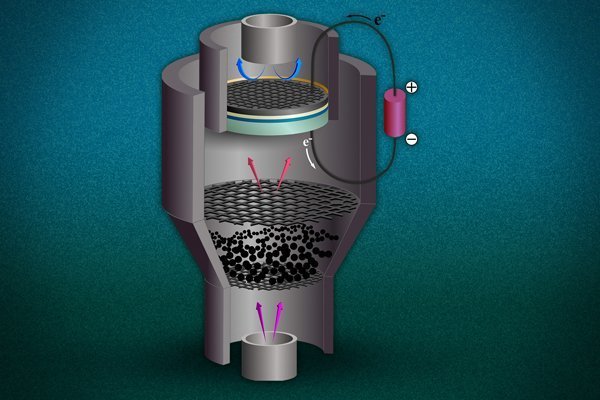 This illustration depicts a possible configuration for the combined system proposed by MIT researchers. At the bottom, steam (pink arrows) passes through pulverized coal, releasing gaseous fuel (red arrows) made up of hydrogen and carbon monoxide. This fuel goes into a solid oxide fuel cell (disks near top), where it reacts with oxygen from the air (blue arrows) to produce electricity (loop at right). Illustration by Jeffrey Hanna