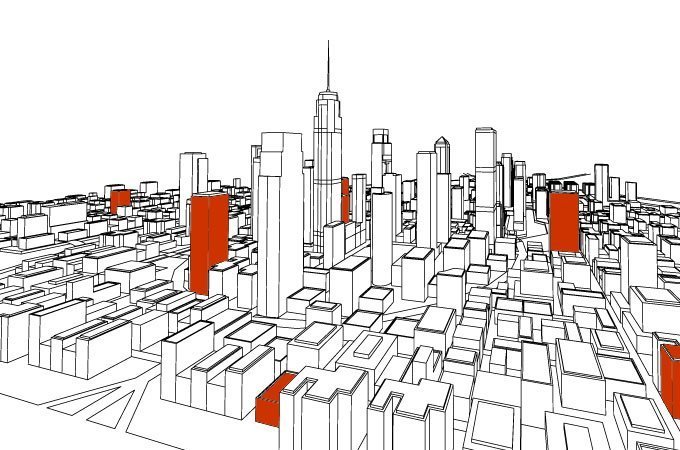 Retrofitting only 16 percent of buildings in Cambridge, Massachusetts could amount to a 40 percent reduction in gas consumption of the whole building stock.
By Prachi Patel
April 28, 2016

In 2015, buildings of all types accounted for 40 percent of all energy consumption in the U.S. and 20 percent of the nation’s carbon dioxide emissions. Retrofitting old, energy-inefficient structures with efficiency features will be key for reducing their large carbon footprint. Many cities and states offer substantial incentives to home and commercial building owners who make such upgrades.

But instead of offering incentives willy-nilly, cities could use a smarter way to get the biggest energy impact, researchers at Massachusetts Institute of Technology say. Some buildings are bigger energy-hogs than others. MIT professor of civil and environmental engineering Marta González and her colleagues have come up with a streamlined way to identify the culprits with the biggest room for improvements. Their simple model, published in the Journal of the Royal Society Interface, could help city planners identify buildings where retrofits will have the biggest effect on a city’s overall greenhouse gas emissions.

There are 82 parameters that affect a building’s energy consumption and overall thermal efficiency. Acquiring that data requires detailed on-site measurement and in some cases specialized equipment, which is hard to do across an entire city. So the researchers carefully studied representative areas in Boston and Cambridge, MA, and found that only seven building parameters are necessary to assess a building’s heating energy use. These include factors like the building’s volume and envelope surface area, number of neighbors sharing a wall with the building, and thermal resistance of the building’s envelope.

The researchers looked at detailed records from a set of 6,200 buildings in Cambridge. They combined city-provided data on the size and volume of the buildings and gas consumption information from gas company bills with weather records for the same location and time period. Their analysis shows that retrofitting only 16 percent of buildings would amount to a 40 percent reduction in gas consumption of the whole building stock.

In a press release, the study’s co-author Franz-Josef Ulm says that the new analysis could enable city officials “to develop the fastest path to energy efficiency, at a city scale.”