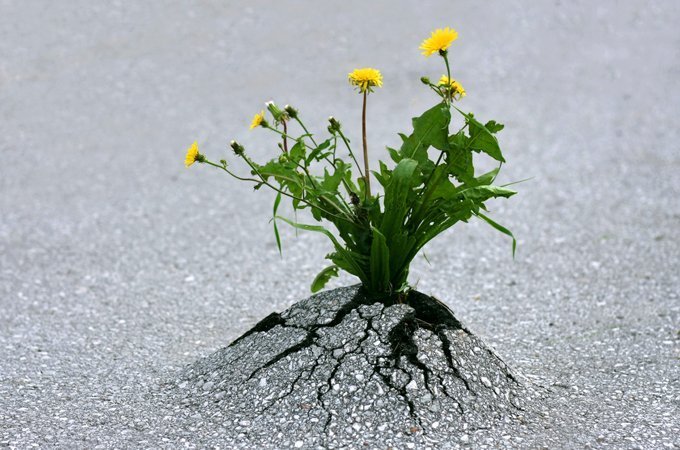 Cities have fewer plants but more productive ones

The amount of vegetation decreases with urbanization. But the productivity of the remaining vegetation increases, according to a new study.
By Sarah DeWeerdt
May 17, 2016

Just about everything is faster-paced in cities, including the growth of plants, according to a study published yesterday in the Proceedings of the National Academy of Sciences.

Researchers used satellite images to analyze land cover for 32 major cities in China covering a range of climatic and ecological zones as well as intensities of urban development. They fed this information into a series of equations to calculate the direct and indirect effects of urbanization on plant productivity.

Not surprisingly, the direct impact of urbanization on vegetation growth is a negative one: the more built-up an area is, the less greenery it has because buildings and pavement replace surface area covered by plants.

But urbanization also has indirect effects on vegetation growth. Across about 85% of the study area, urbanization actually enhanced the growth of plants, the researchers found.

In other words, the amount of vegetation decreases with urbanization. But the productivity of the remaining vegetation increases.

In the past, many people have assumed that trees would grow poorly in cities because of pollution, lack of soil moisture, and other stressors. But field studies comparing the growth rates of particular species of trees in urban and rural areas have found the opposite: in fact, the urban environment makes vegetation grow faster.

The new study supports those findings, and is the first to document such effects at a broad, landscape scale across many cities. On average, the urban growth enhancement offsets about 40% of the direct impact of urbanization on plant productivity, the researchers found.

A variety of factors could be responsible for enhanced vegetation growth in cities: higher temperatures due to the urban heat-island effect, more intensive management of cultivated plants, or even pollution like NO2 and SO2 that, paradoxically, can promote photosynthesis by scattering sunlight.

But the real significance of the study is not about the effect of cities on plant growth. It’s about the effect of the future. Cities are already experiencing increased temperatures, atmospheric CO2, and nitrogen deposition that are predicted for the world as a whole several decades from now.

“Cities experience global change decades ahead of other systems so that they are natural laboratories for studying responses of other nonurban biological ecosystems to future global change,” the researchers write.

But in order for studies of cities to be meaningful in this way, they have to separate out the indirect effects of urbanization, the researchers say. That’s because those indirect effects represent the response to altered environmental conditions in cities.

The study’s findings don’t necessarily mean that the future is entirely rosy for the world’s plant kingdom. But they do indicate that scientists have a new tool for investigating such questions—and a convenient one at that.