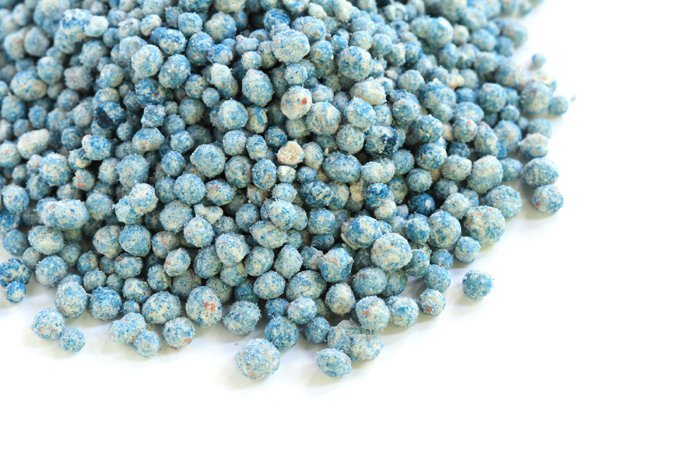 The technique, reported in the journal Science, uses light and nanoparticles to drive enzymes from nitrogen-fixing bacteria to convert nitrogen into ammonia.
By Prachi Patel
May 5, 2016

Synthetic fertilizers have been vital for sustaining a booming world population. Without them, we would not have about one-third of the food produced today. For this we have to thank a century-old industrial process that is used to make nearly 500 million tons of fertilizer every year. But the process is energy-intensive and consumes almost two percent of the world’s energy supply.

A team of researchers has now developed a new, environmentally-friendly method that uses light to produce ammonia, the main ingredient of fertilizers. The technique, reported in the journal Science, uses light and nanoparticles to drive enzymes from nitrogen-fixing bacteria to convert nitrogen into ammonia.

The Haber-Bosch process, one of the world’s largest industrial processes in terms of material tonnage it produces, uses a reaction of nitrogen with hydrogen to make ammonia. It requires high temperatures and pressures, is powered by fossil fuels, and uses natural gas as the source of hydrogen.

Nitrogen-fixing bacteria found in the roots of plants like legumes carry out the same process at room temperature and low pressure with the help of certain enzymes. But that biological process is slow and requires a large amount of chemical energy, which comes from adenosine triphosphate (ATP), a molecule that provides chemical energy in cells for metabolism.

Paul King, a research scientist at the National Renewable Energy Laboratory in Golden, CO, and his colleagues thought about driving the process with light. So after testing nanocrystals of a few different light-harvesting materials, they chose the best ones, made of cadmium sulfide, to combine with the enzyme. The cadmium sulfide crystals harvest light, and energy from the light creates energized electrons that trigger the enzyme to produce ammonia.

The process isn’t as fast as the biological ATP-fueled process; it works 63 percent as fast. But the findings are important nonetheless, since it is the first time researchers have shown that ammonia for fertilizers could be made from sunlight with no carbon dioxide emissions.