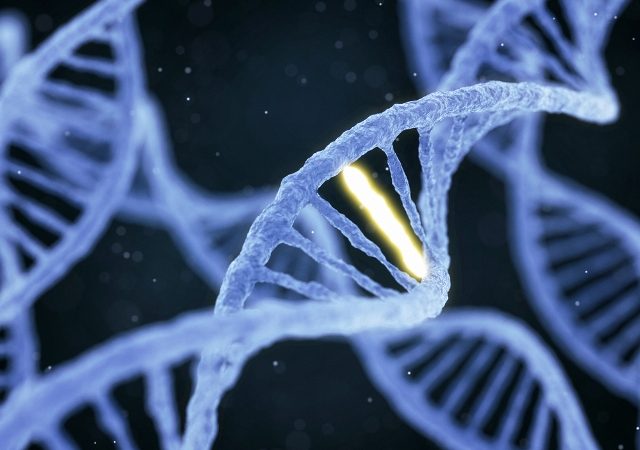 The environmentally friendly side of genetically modified crops

Researchers have new, faster methods of isolating genes to identify, clone, and transfer disease-resistant genes into soybean, wheat, and potato plants.
By Catherine Elton
May 6, 2016

Despite the controversy surrounding genetically modified crops, they can be an important tool for developing disease-resistant crops that can eliminate the use of pesticides and reduce crop losses. In a trio of papers published recently in Nature Biotechnology, researchers documented how new, faster methods of isolating genes—and looking in some unexpected places—led them to identify, clone, and transfer disease-resistant genes into soybean, wheat, and potato plants.

In the first paper, scientists identified an Asian Soybean Rust resistance gene in the distant relative of the soybean, the pigeonpea. “We documented that it is possible to transfer resistance genes from one legume into another, and it works,” says co-author of that study, Peter van Esse. “This opens up a whole new source for resistance genes that previously we didn’t know would work.”

Asian Soybean Rust can decimate a crop. In Brazil, farmers spend $2 billion dollars a year on a fungicide to fight it—and it doesn’t always work, researchers say. The massive losses due to this disease also mean that farmers continue to expand soybean fields to compensate for losses.

In the second paper, researchers documented how fine-tuning their sequencing methods allowed them to rapidly find a new source of genetic resistance to potato blight in Solanum Americanum, a non-tuber-forming wild relative of the potato.

In the third paper, researchers documented how they developed a novel, three-step method of seeking out and cloning disease resistance genes, slashing the duration of this process from from five years to fewer than two years. They applied their technique to wild wheat—which has a genome five times the size of the human genome—and discovered two Wheat Stem Rust-resistant genes.

The identification and cloning of these genes is just a first step. To confer durable resistance to a crop, scientists need to identify multiple resistance genes and stack them together to mount an adequate defense to pathogens that can easily outsmart a single resistance gene. That’s already a possibility for Wheat Stem Rust, for which there are now a handful of known resistance genes. The researchers say they continue to seek—and find—new resistance genes in pigeonpea and the wild potato relative.

According to Jonathan Jones of The Sainsbury Laboratory in the UK, who contributed to all three projects, it could be five years before these resistant varieties are commercially available. The science, he says, is doable. Public acceptance, however, may be harder to secure.

“My goal is to use genetics to replace the chemical control of crop diseases,” says Jones. “To be able to deliver this solution, we need the societal go ahead. We need people to be comfortable with the idea of moving a resistance gene from one plant to another to address crop disease problems without people getting neurotic about the letters G and M.”