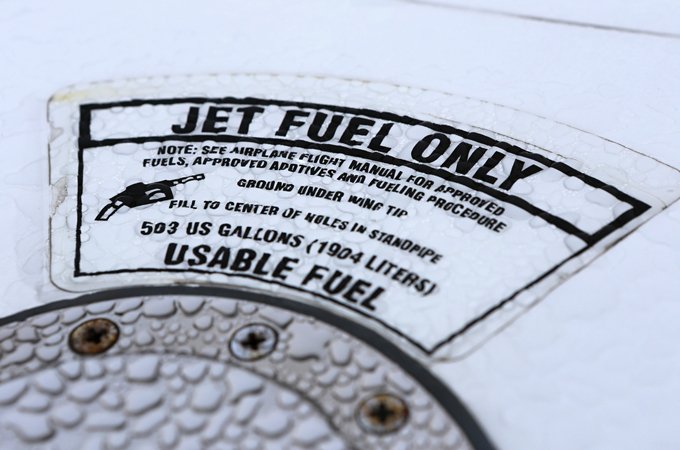 With the help of a hardy new strain of the common gut bacteria E. coli, researchers have invented a one-pot process to convert switchgrass into a chemical compound used to make jet fuel.
By Prachi Patel
May 12, 2016

With the help of a hardy new strain of the common gut bacteria E. coli, researchers have invented a one-pot process to convert switchgrass into a chemical compound used to make jet fuel. The simple, low-cost method could make the bio-jet fuel more competitive with kerosene-based jet fuels, of which the aviation industry uses 1.5 billion barrels every year.

Global aviation produces a little over 2 percent of the world’s carbon emissions. It is also a very fast-growing emissions source, with reports saying that international aviation emissions in 2020 could be 70 percent higher than in 2005. The airline industry is taking notice and has committed to cutting emissions to half of their 2005 levels by 2050.

One way to meet those goals is to use sustainable alternative jet fuels. Biofuels made from biomass such as algae or plants could reduce the carbon footprint of aviation fuel by 80 percent. (It’s not a 100 percent reduction because it takes energy to grow and process the crops.)

There are various ways to make biofuels. One of them relies on bacteria digesting organic material and creating byproducts that can be either used directly or converted into fuel. Conventional bacterial biofuel production involves multiple steps. First, plant material is pre-treated to separate the cellulose and hemicellulose from the structural material lignin. Then special enzymes are added to break down the cellulose and hemicellulose into sugars, and finally bacteria are added to convert the sugar into fuel. These steps take place in different reactors, making the production process complicated and costly.

Researchers at the Joint BioEnergy Institute at Lawrence Berkeley National Laboratory have been trying to develop a more streamlined one-step method. The technique hinges on the use of molten salts called ionic liquids to break down the plant matter very efficiently. The team demonstrated this a few years ago. But the salts were harmful to the enzymes and bacteria used in later steps.

Read:  Climate action pays for itself a lot sooner than you think

Their latest work has led to the final, critical ingredient to make the process work: a genetically modified E. coli strain that is not only tolerant of the salts, but also produces enzymes that are salt-tolerant. The team reported their results in the journal Green Chemistry.

Right now, the method produces d-limonene, which is a precursor for jet fuel. The end goal is to create a low cost, one-pot process that yields jet fuel directly.

“Being able to put everything together at one point, walk away, come back, and then get your fuel, is a necessary step in moving forward with a biofuel economy,” said Aindrila Mukhopadhyay, vice president of the Fuels Synthesis Division at the JBEI who led the study.