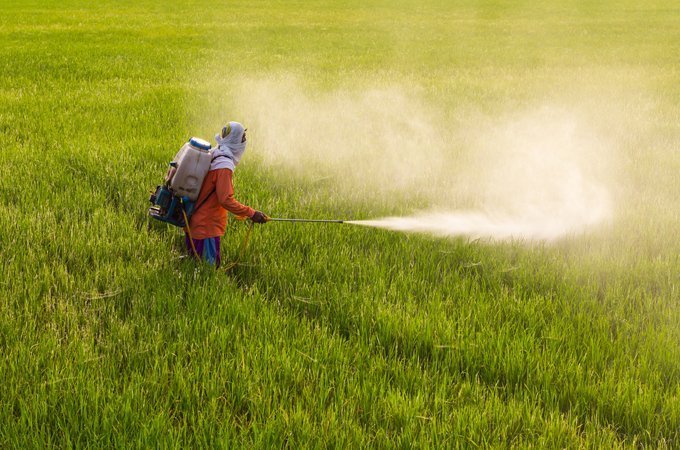 This could be the solution to our phosphorous problem

Zinc-oxide nanoparticles can increase plants’ uptake of phosphorous from soil, boosting crop yield and reducing the need for fertilizers.
By Catherine Elton
May 13, 2016

Scientists are looking to the smallest of particles to address one of the biggest challenges to sustainable agriculture—dependence on phosphorous fertilizers. A study published recently in the Journal of Agriculture and Food Chemistry has found that applying zinc-oxide nanoparticles to mung beans can increase the plants’ uptake of phosphorous found in soil, boosting crop yield and reducing or even eliminating the amount of phosphorous farmers need to apply as fertilizer.

This discovery doesn’t just represent a potential cost savings for farmers, says lead author Ramesh Raliya. It also has the potential to reduce the amount of phosphorous that pollutes water sources, where it leads to eutrophication and algal blooms. Plants typically absorb less than half of the phosphorous applied to them, he says. The rest remains in the soil where it can run off into water.

For the study, researchers first created zinc oxide nanoparticles from a fungus, then placed it in tap water and sprayed it onto two-week-old mung bean plants. They found that the optimal concentration to prevent toxicity in the plants was 10mg per liter of water. Two weeks later the scientists evaluated the treated and control plants and the soil in which they were planted. They found that the zinc oxide nanoparticles increased the activity of three phosphorous-mobilizing enzymes by 84 to 108 percent, as compared to controls. This increased enzymatic activity resulted in the experimental plants’ uptake of 10.4 percent more naturally occurring phosphorous. Treated plant biomass was 27 percent greater and crop yield was 6 percent greater, as compared to control plants.

While the study didn’t compare zinc-oxide nanoparticle treated plants with phosphorous fertilized plants, Raliya, a research scientist at Washington University in St. Louis, says that based on the current literature, “1,800-2,500mg of zinc oxide nanoparticles has the potential to replace the usage of 60 kilos of conventional phosphorous fertilizer in a hectare” of farmland.

This discovery also has the potential to address a looming food security crisis. At current rates of rock phosphorous use for fertilizer, the world’s reserves will be depleted in 80 years time, Raliya says. The consequences of that could be serious considering that, as the authors say, phosphorous is a limiting factor for plant growth and productivity on fully half the world’s farmable lands.

While this research certainly inspires optimism, it will still be a few years before researchers can collect sufficient data to request regulatory approval to apply zinc oxide nanoparticles to crops.