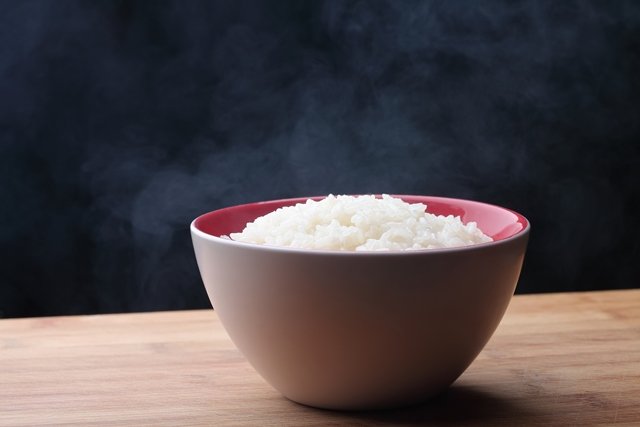 Scientists have developed a rice line that requires less fertilizer without sacrificing yield. By altering a protein in the plant, they produced a crop that uses nitrogen up to 80 percent more efficiently. This is encouraging news considering that half of the planet’s population consumes rice and that there are a host of environmental problems associated with the use of nitrogen fertilizers. The results of this discovery were published recently in the Proceedings of the National Academy of Sciences.

With this newly developed rice type, “farmers can use less nitrogen and get the same amount of yield,” said co-author Anthony Miller, adding, “We were surprised the effects were as large as they were.”

Researchers identified a gene that is present in all rice and that codes for two proteins that are associated with the transport of nitrate and that are present in varying amounts in different types of rice. They then developed rice lines in which either the A form, the B form, or a mutated version of the B form of the protein were overexpressed. They then ran field trials in China with these seeds, along with a wild type rice, to assess each lines’ grain yield and nitrogen use efficiency.

The B form was the clear winner. Rice with this overexpressed protein produced as much as 54 percent more rice grain. One of these B form lines of rice produced as much grain as a normally fertilized wild type rice, with only a quarter of the fertilizer. Depending on the amount of nitrogen fertilizer applied, the nitrogen use efficiency of the B form was increased by anywhere from 26 to 80 percent as compared to the other forms and the wild type rice.

Nitrogen fertilizers make their way into water, affecting aquatic life in fresh water and marine ecosystems, in addition to posing a human health risk. In the air, nitrogen fertilizers cause pollution, contribute to climate change and deplete ozone.

According to Miller, this patented technology has been licensed to companies that are developing rice lines, although they are not yet commercially available. Companies are also trying to using the technology to produce genetically modified non-rice crops that would be similarly less dependent on nitrogen fertilizer.