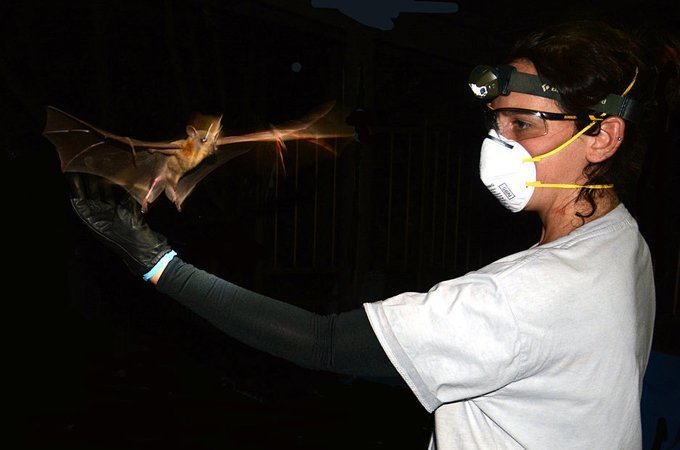 Predicting the next zoonotic spillover

To anticipate future threats to public health posed by zoonotic diseases, researchers have mapped the distribution of their mammalian hosts.
By Jason G. Goldman
June 15, 2016

A vexing problem facing epidemiologists is predicting where a novel disease might emerge from animals and begin to infect humans. Could they have known in advance how and when MERS would make the initial jump to humans, or when familiar zoonoses suddenly appear in an unexpected places, as with Ebola in West Africa? While these events might seem by definition unpredictable, ecologists Barbara A. Han, Andrew M. Kramer, and John M. Drake argue in the latest issue of Trends in Parasitology that one place to start is to map the global distributions of mammalian zoonotic hosts. That’s because most human infectious diseases are zoonotic—and most of those zoonoses originate in mammals.

By studying how species that serve as disease reservoirs are distributed compared to human populations, researchers can identify disease hotspots—places statistically more likely to spark a zoonotic outbreak. As difficult as it sounds, that’s the easier problem to solve. For example, understanding the ecology of bats that host the Nipah virus can allow researchers to identify locations that ought to be vigilant against future outbreaks.

The tougher problem to solve? Trying to predict outbreaks of viruses we don’t know about yet. So the researchers mapped out the geographic patterns of zoonotic hosts across all 27 orders of terrestrial mammals, from bats to camels to primates to more than 2,000 species of rodents.

They discovered that rodent hosts plague Europe and Russia, while Central and South America have more bat-hosted diseases. African zoonoses are most frequently hosted by primate species. Despite their species richness and bad reputation as prominent zoonotic reservoirs, bats carry far fewer zoonoses (25) than rodents (85), primates (61), carnivores (83) and hoofed mammals (59). 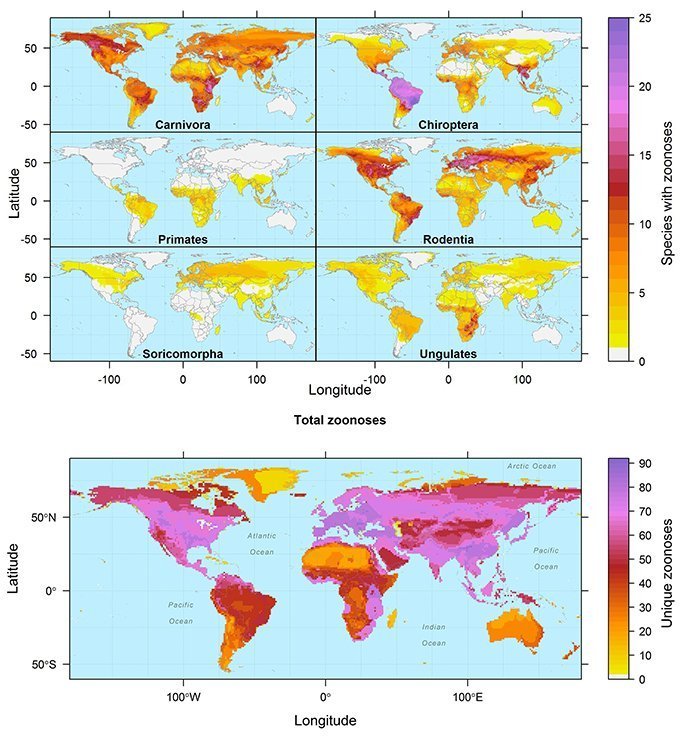 Indeed, assuming that the geographic distribution of a particular zoonotic disease overlaps with the distribution of its host species is too simplistic, but it’s provides a reasonable baseline. Given that assumption, the researchers can generate several hypotheses about potential zoonotic spillover sites.

As is so often the case in science, and especially for epidemiology, this analysis leaves more questions than answers. The researchers suggest that the maps they’ve generated allow researchers a baseline for potential zoonotic risks, against which future researchers can compare other epidemiological, social, political, and economic variables in order to isolate spots where high zoonotic potential translates into real disease risk for humans. They also suggest that these approaches be used to identify zoonotic “coldspots,” which may aid in identifying key triggers that result in spillover events and subsequent outbreaks.

From the outset it may not seem as if understanding the distribution of wildlife species across the globe has any real bearing on our day-to-day human lives. Why should a lawyer in Beverly Hills or an actress in Manhattan or a farmer in Nebraska worry about the ecology of an African ungulate, or a tropical bat that lives thousands of miles away? This is exactly the type of basic scientific knowledge necessary to help scientists and policymakers respond adequately to a set of very serious, very global public health issues.