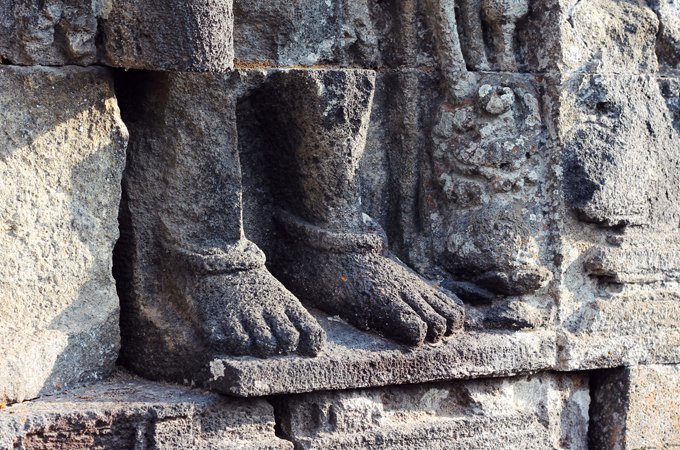 Reducing our carbon footprint by turning CO2 into stone—fast

Cramming carbon dioxide underground is one way to slow down climate warming until we can recover from our addiction to fossil fuels. But carbon storage has raised questions about safety and potential leaks. An international team of researchers now reports the first permanent, rapid carbon storage solution. They have found that carbon dioxide pumped into volcanic bedrock turns into limestone-like carbonate minerals within two years.

Most carbon injection so far has been done in saline aquifers or empty oil and gas reservoirs, which lack the calcium, magnesium and iron-rich silicate minerals needed to turn carbon dioxide into carbonate. Basalt, a rock formed by the cooling of lava, is a more ideal receptacle. It contains up to 25 percent by weight of silicate minerals and reacts amply with carbon dioxide. It is also a common rock, covering about 10 percent of Earth’s land surface and most of the ocean floor.

Researchers have known that carbon dioxide naturally reacts with basalt underground and turns into white, chalky mineral over thousands of years. But the current study, published in the journal Science, shows that the process can happen in just two years when unnaturally high amounts of carbon dioxide are pumped into the rock.

The results are from the CarbFix project, being conducted by researchers from University of Southampton in the UK, Columbia University, and the power company Reykjavik Energy at the Hellisheidi power plant, the world’s largest geothermal power plant, 25 km east of Reykjavik.

The researchers piped 230 tons of carbon dioxide mixed with water 400–800 meters deep into the basalt from 2012 to 2013. The injected carbon dioxide was spiked with a chemical tracer that allowed the researchers to monitor how the gas transported through the rock and reacted with it. The team analyzed water chemistry at monitoring wells near the rock. They found that as the injected water migrated to the wells, the amount of chemical tracers in it decreased over time, showing that carbon dioxide had been mineralized.

“Our results show that between 95 and 98 percent of the injected carbon dioxide was mineralised over the period of less than two years, which is amazingly fast,” said the study’s lead author Juerg Matter, a geoengineering professor at the University of Southampton. The researchers had estimated it would take 8–12 years.

Cores drilled in 2015 from the injected area showed whitish carbonate streaks. The positive results have prompted Reykjavik Energy to inject 5,000 tons of carbon a year and this summer they will double the pace.