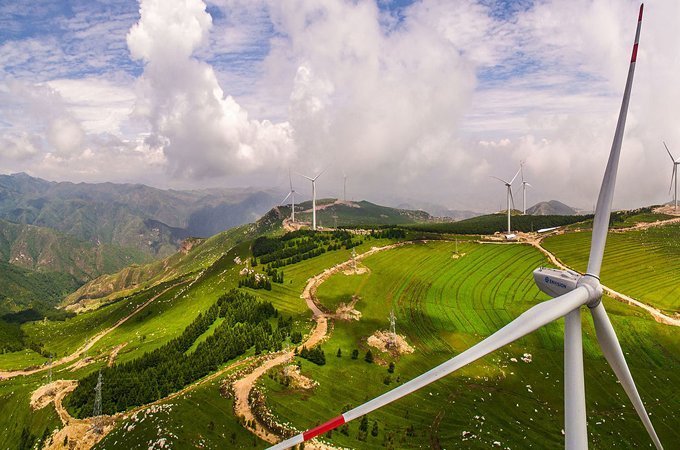 What will it take for China to swap out coal for wind?

Despite grid constraints and existing rules that favor coal, wind power could affordably meet over a quarter of China’s electricity demand by 2030.
By Prachi Patel
July 7, 2016

China is the world’s top wind energy installer. The country’s wind installations have a capacity of generating 145 Gigawatts, twice that of the United States and about a third of the world’s total wind power. Yet the country produces less wind electricity than the US. Last month, researchers from Harvard University and Tsinghua University argued in the journal Nature Energy that this underperformance is due to deliberate favoring of coal over wind by grid operators, delays in connecting new wind farms to the grid, and sub-par equipment.

A new study in the same journal, this time from MIT and Tsinghua, presents a more uplifting view. The researchers forecast that, despite grid constraints and existing rules that favor coal, wind power could affordably meet over a quarter of China’s electricity demand by 2030.

That could have global implications since China emits a quarter of the world’s greenhouse gases. At the Paris climate conference in December 2015, the nation pledged to increase its share of non-fossil fuel energy to 20 percent by 2030. Wind energy will play an important role in this pledge.

The study is the first comprehensive assessment of how intermittent wind power could be integrated into China’s coal-reliant grid. The researchers developed a so-called hourly dispatch model, which determines the ideal power output from various generation facilities to meet the grid’s needs at lowest possible cost. The output is subjected to constraints such as availability of flexible power plants to back up variable wind power, transmission bottlenecks, and must-run generation from coal plants.

Given these constraints, the team estimates that wind could produce 2.6 petawatt-hours of energy in 2030. This amounts to about 26 percent of the projected electricity demand that year.

At that base level, wind would provide about 12 percent of the country’s total primary energy (all energy, not just electricity). By increasing the flexibility of the grid, wind’s share could be increased by another 17 percent, reaching 28 percent, and allowing the country to surpass its Paris pledge. Flexibility measures include lowering the minimal operating quota of coal plants from 50 to 40 percent when winds are strong and scheduling power plant operation daily instead of weekly or monthly.

Another important finding that could help policy-makers and energy planners: the country’s wind-rich northern areas need not be a priority. Instead, it would be more cost-effective to install wind farms closer to the populous central and eastern parts of the country where they can be more easily integrated into the existing electricity grid.