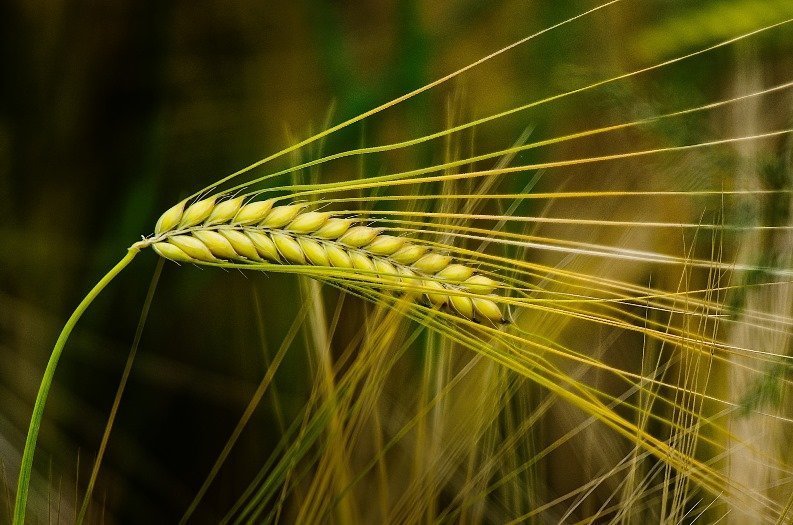 Scientists discover a way to produce fungus resistance in barley without genetically modifying it.
By Catherine Elton
October 21, 2016

Genetically modifying food crops to be resistant to pests is a promising approach to reducing agriculture’s dependence on pesticides. That’s what motivated a group of German scientists a few years back to develop a barley that was modified to produce RNA that makes it resistant to a common and devastating fungus. But some people, including many who are concerned about pesticide use, aren’t comfortable consuming GMO food. In 38 countries, the growth of GMO crops has been banned.

This conundrum motivated the group to find a third way—a way to harness their pesticide-eliminating genetic technology without creating a GMO plant. And it appears they just may have succeeded. They have discovered that by simply spraying the RNA onto barley leaves–rather than modifying the barley to produce it— they can generate resistance to the fungus.

“The unexpected thing was that this RNA was taken up by the plant and transported within the leaf. Even the parts of the leaf that were not sprayed were still resistant against the pathogen,” says Karl-Heinz Kogel, a co-author of the paper reporting the findings that was published recently in PLOS Pathogens.

For the study, the scientists removed leaves from a barley plant and sprayed them with a solution containing a long, double-stranded RNA that silences three genes of the fungus Fusarium graminearum which are essential for its growth. Two days later they inoculated the sprayed leaves with the fungus. The sprayed leaves had reduced fungal growth, as compared to control leaves. Genetic analysis showed that the treated leaves had between 48-58 percent less transcripts of the three targeted fungus genes as compared to the control.

In a subsequent experiment, they covered most of the leaf with plastic, spraying only a small section with the RNA solution. They found significantly smaller lesions and less of the fungus DNA in the unsprayed sections of the leaves as compared to control leaves.

Not only could this approach make agriculture more sustainable, Kogel says, but scientists can produce these RNAs for the sprays in a question of weeks, whereas engineering a plant that is genetically modified to produce that RNA could take years.

Previously, the scientists used computational methods to analyze the DNA of humans and many other organisms to see if this RNA would act on the genes of other organisms. They found its only targets were fusarium fungi, all of which, he says, are pathogenic to plants.

While that seems to indicate this approach would be safe for use on food crops, it could still take a decade of continued science and overcoming regulatory hurdles before this technology is commercially available. But, if it works, it would open up an entirely new alternative to both pesticides and GMO food.

Source: Koch, A. et al, An RNAi-Based Control of Fusarium graminearum Infections Through Spraying of Long dsRNAs Involves a Plant Passage and Is Controlled by the Fungal Silencing Machinery. PLOS Pathogens (2016)