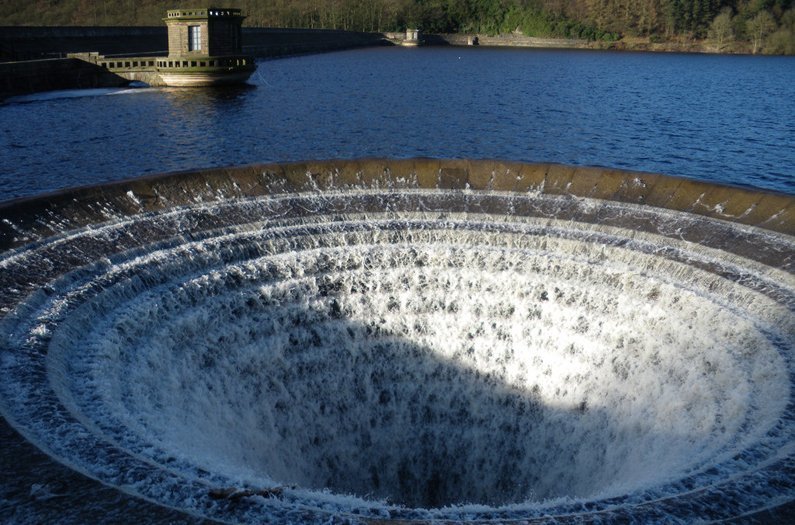 The reservoirs behind dams release a significant amount of greenhouse gases that, until now, has gone unaccounted for in global carbon budgets.
By Sarah DeWeerdt
October 11, 2016

For all their ecological faults, hydropower dams are usually thought of as a source of green, carbon-neutral energy. But it turns out that the reservoirs behind dams release a significant amount of greenhouse gases that, until now, have gone unaccounted for in global carbon budgets.

A study in 2000 first suggested that reservoir emissions might be a problem. But that study was based on measurements from only 22 reservoirs, and in the succeeding years it has been difficult to quantify these emissions at a global scale.

Now, an international team of researchers has produced such a comprehensive take by compiling data on reservoir releases of the greenhouse gases carbon dioxide, methane, and nitrous oxide from dozens of other individual studies.

The new analysis covers reservoirs behind hydroelectric dams as well as those constructed for other purposes such as flood control, irrigation, navigation, or recreation. It has better coverage of reservoirs outside the tropics than previous efforts. And it provides the first global estimate of reservoir releases of nitrous oxide, a greenhouse gas nearly 300 times more potent than carbon dioxide.

The researchers estimate that reservoirs cover nearly 306,000 square kilometers worldwide. The study includes data from 267 reservoirs with a surface area of over 77,287 square kilometers, about one-quarter of the global total. However, the team didn’t have measurements of all three greenhouse gases from all reservoirs.

The biggest effect is from methane, which is responsible for about 80% of the climate-change potential of greenhouse gases released from reservoirs. Global methane emissions from reservoirs are similar in magnitude to those from rice paddies or biomass burning, the researchers say.

The analysis also suggests that nutrient runoff from developed areas and agricultural fields may increase greenhouse gas emissions from reservoirs. When excess nutrients enter the water they increase the growth of microscopic plants, decrease the amount of dissolved oxygen, and cause other changes to the ecosystem known as eutrophication. Another upshot of this process is larger methane releases.

Even so, the amount of greenhouse gases released from reservoirs is likely to increase in the future. There are 847 large hydropower projects and 2,853 smaller projects planned or underway worldwide. The researchers estimate that these new projects will at least double the global surface area of reservoirs and therefore lead to increased greenhouse gas releases.

In the meantime, greenhouse gas emissions from existing reservoirs are substantial enough that they need to be taken seriously, the researchers argue. “We argue for inclusion of [greenhouse gas] fluxes from reservoir surfaces in future IPCC budgets and other inventories of anthropogenic [greenhouse gas] emissions,” they write.