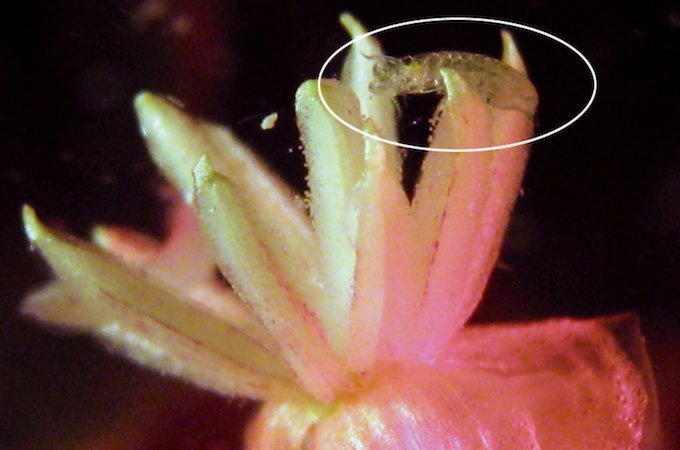 The new underwater world of pollination

Even at this relatively late stage in Earth’s exploration, it’s still possible to discover phenomena that are widespread, ecologically important, and—frankly—beautiful.
By Brandon Keim
October 5, 2016

Even at this relatively late stage in Earth’s exploration, it’s still possible to discover phenomena that are widespread, ecologically important, and—frankly—beautiful.

To wit: underwater pollination, specifically by animals. Until just a few years ago, this wasn’t thought to happen. Unlike on land, where most flowering plants rely on creatures to carry pollen to stigma, plant reproduction in a submerged world was thought to rely exclusively on currents and tides.

In 2012, however, researchers from the National Autonomous University of Mexico described something intriguing: tiny crustaceans covered in grains of pollen, visiting the flowers of seagrass. It seemed as though the crustaceans actually served as pollinators, though the researchers weren’t certain.

It appears they were right. For a study published in the journal Nature Communications, those researchers, led by marine biologist Brigitta van Tussenbroek, conducted a series of aquarium-based experiments designed to determine whether crustaceans indeed pollinated the plants or simply happened to visit them. They found that in the complete absence of current, seagrass flowered only when visited by by crustaceans.

“With this experimental evidence we demonstrate that marine invertebrates are pollinators of T. testudinum,” write the researchers, referring to the seagrass species, “revoking the paradigm that pollen in the sea is transported only by water.” Van Tussenbroek’s team even coined a new term for the phenomenon: zoobenthophilous pollination.

The findings have obvious practical implications. Seagrass meadows are foundational to many shallow-water habitats; they’re “amongst the world’s most productive ecosystems,” writes van Tussenbroek and colleagues, and “improve water transparency, stabilize coastlines and store carbon, and also provide food and shelter to a diverse faunal community.” Understanding the role of crustaceans in maintaining these meadows should help people to protect them. Scientists could also be inspired to look for evidence of animal pollination in other aquatic plants.

Beyond the practical, there are also more poetic implications. The sight of a bee or a butterfly is a beautiful thing, a reminder of the countless infinitesimal interactions that make the terrestrial world so verdant and rich. So too might we think of small crustaceans.

And as seagrass flowers open only at night, rather than during the day, we might look upon a moonlit sea and imagine a bustle of pollination beneath the waves—something that, until very recently, wasn’t known to exist. Despite all that we know, much remains to be learned.