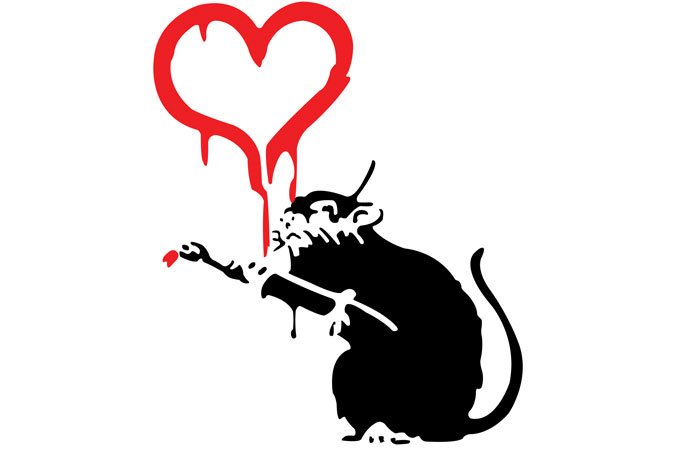 The unappreciated brilliance of rats

Rats aren't successful simply because they eat garbage and fit into small spaces and catch rides on ships. They’ve got a lot going on upstairs.
By Brandon Keim
October 12, 2016

Able to survive and even thrive in the most heavily urbanized places, rats are celebrated—or at least begrudgingly acknowledged—for their extraordinary resilience. Yet as underscored by a series of new studies, they’re not just fast-breeding and tough. They’re smart.

The first of these studies, published in the journal Current Biology and led by Indiana University neuroscientists Danielle Panoz-Brown and Jonathon Crystal, describes rats’ unexpectedly rich powers of episodic memory. That rats should be able to recall the what, where, and when of events isn’t a new notion—but it was generally considered limited to a few memories. As Panoz-Brown and Crystal showed in tests of whether rats could differentiate between combinations of odors and visual patterns, they could recall dozens and could distinguish between contexts in which they’d previously encountered odors. “Our findings suggest that rats remember multiple unique events and the contexts in which these events occurred,” they wrote.

The next study involved the ability of rats to detect prosody, or patterns of intonation and rhythm that are fundamental to human language. As described in Animal Cognition by cognitive scientists Juan M. Toro of Spain’s Catalan Institution for Research and Advanced Studies and the University of Vienna’s Marisa Hoeschele, rats can discriminate between words pronounced in different ways. To be clear, the rats didn’t understand language—they were tested with nonsense words—but they do “have at least some of the prerequisite abilities humans use to analyze spoken language when they first encounter it,” wrote Toro and Hoeschele.

That rats possess the fundaments of some rather sophisticated abilities is highlighted by the third study, which tested whether rats could be trained to use tools. Conducted by psychologists Akane Nagano and Kenjiro Aoyama and also published in Animal Behavior, the study showed that rats quickly learned to use hooks and rakes to obtain food. They weren’t especially handy with them—given a rake with one end too soft to move food, for example, they kept trying to use it. Still, wrote Nagano and Aoyama, “the results suggest that rats understand the spatial and physical relationships between the tool, food, and self.” The potential is at least there: tool-using rats.

These studies were conducted with evolutionary and medical insights in mind. Panoz-Brown and Crystal hope rats might be used to model nuanced aspects of human memory, while Toro and Hoeschele are investigating the dynamics of language and vocal processing. Yet the results add to a growing body of findings, including pioneering demonstrations several years ago of rat empathy, that could change how people think about and even relate to our rodent neighbors.

Having evolved in the Eurasian steppes and, in just a few thousand years, colonizing most of the planet, Rattus norvegicus are not just resilient. They’re not successful simply because they eat garbage and fit into small spaces and catch rides on ships. They’ve got a lot going on upstairs.

In recent years, some animal advocates have become more vocal about the treatment of rats, though with presently limited success: in the United States, they’re still not technically considered animals under the Animal Welfare Act, and  attempts to have them covered by laws requiring humane treatment of wildlife have been mocked. Yet once we get past a reflexive distaste for these creatures, and think of them not as vermin or pests but as animals, it’s hard to ignore the evidence. Rats are pretty special.