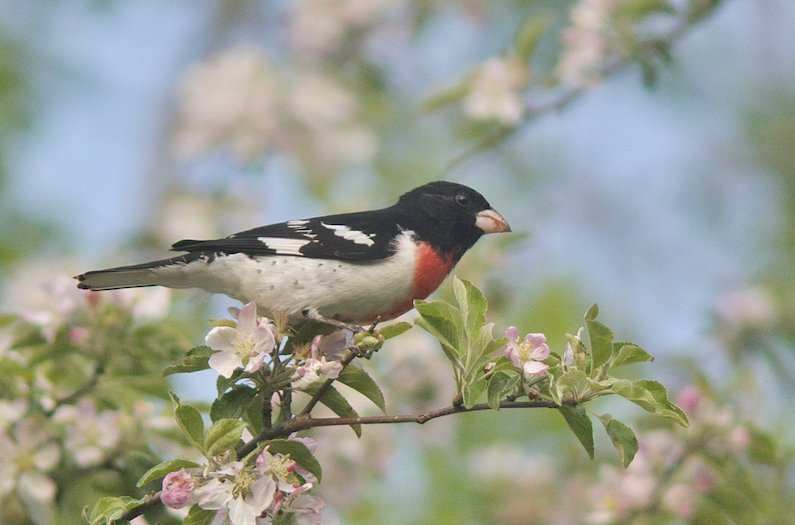 A hopeful sign for birds in a changing climate
Will birds be able to keep up with a changing climate? It’s a troubling question—but for at least some species, the answer might be a hopeful one.
By Brandon Keim
November 9, 2016

Will birds be able to keep up with a changing climate? For anyone who thrills at a warbler’s song or a tiny hummingbird’s trans-Atlantic flight, it’s a troubling question.

Some studies suggest that, especially during springtime, the synchronization of weather and breeding cycles will be knocked off-kilter—a “phenological mismatch,” as scientists say, which would extinguish much of the feathered world.

Yet amidst this grim picture, a ray of hope: a study of 21 bird species in southwestern Pennsylvania found that, at least so far, they’re adapting. “We found compelling evidence that breeding passerines exhibited phenological sensitivity to changing climate,” write the study’s authors, biologists Molly McDermott and Lucas DeGroote of Carnegie Museum of Natural History, in the journal Global Change Biology.

McDermott and DeGroote analyzed long-term weather records and a remarkable dataset of passerine birds — the taxonomic order containing perching birds—counted at a single station for the last 53 years. In general, they now lay eggs a full month earlier than before, though there’s considerable variety within that generality.

Some species, such as house wrens and American goldfinches, are breeding later into the year, while black-capped chickadees are starting much earlier. Cedar waxwings thrive during warmer summers; rose-breasted grosbeaks prefer it a bit cooler. Rainy springs delay egg-laying for indigo buntings but hasten it for Eastern phoebes. And so on: the upshot, says DeGroote, is that “a large suite of birds in southwestern Pennsylvania are adapting to climate change.”

Asked if the results might be considered hopeful, DeGroote says that’s a good way to think about it. “What we have is the warmest year on record, and so far the birds have adapted to early spring,” he said. Of course, that comes with plenty of caution: the study looked at only a few species, and “there may come a time when birds are no longer able to continue to ‘catch up.’”

Discover more:  Climate action pays for itself a lot sooner than you think

In the meantime, though, people might yet have time “to do all the things we know we should do for the planet, but choose not to for any number of rationalizations,” says DeGroote. This includes not just stopping climate change, but halting the habitat destruction and resource consumption that in many cases is an even more pressing threat. And while we’re doing that, DeGroote hopes we’ll find time to listen.

“By quieting the clamor of our daily lives and listening to the birds we might also be able to hear ourselves, and to examine the state of our heart,” he says. “In doing so, we might just find that simply being, without the electronics or fuel, is exactly what we needed. And exactly what the birds need, too.”