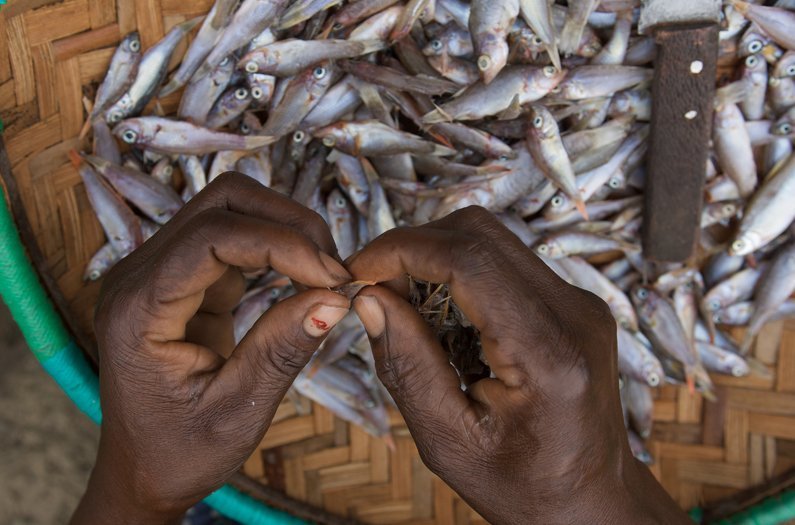 A new global study makes the case for conserving rivers for the fish found there and the humans who eat them.
By Catherine Elton
November 18, 2016

When we think of sustainable fisheries, we tend to focus on oceans and even aquaculture. But there’s an important source of fish protein that’s often overlooked: freshwater fish. An expansive new study finds that fishing pressure and other threats to freshwater fish is greatest precisely where biodiversity is greatest. It also reveals that a very high proportion of the world’s population—particularly the poor and malnourished—depend heavily on this resource for food security.

“There is an extinction crisis in the world’s freshwaters,” says Peter McIntyre, adding that the better caring for inland waters is not just a question of “ivory tower conservation… Improving management of freshwater fish ecosystems will have major benefits for humans, too.”

For the study, published recently in the Proceedings of the National Academy of Sciences, McIntyre and colleagues mapped the biodiversity, fishing and other environmental pressures, and nutritional dependence on the world’s rivers. They used existing hydrography maps of 40 river basins and FAO freshwater catch data for 130 nations over a ten-year period. (They excluded lakes for the purposes of the paper.) They then tested a variety of factors to determine what was driving catch rates.

In addition, the researchers calculated threats to freshwater ecosystems using an index they developed based on 22 threats. And to assess nutritional dependence on freshwater fish, they analyzed the relative contribution of wild freshwater, marine, and aquaculture fish protein to the overall animal protein intake around the world.

Fishing pressure isn’t the only issue facing freshwater fish: the study found that 89 percent of total catch worldwide comes from ecoregions that have above-average threat levels. Meanwhile, freshwater fisheries provide the equivalent of all the dietary protein for 158 million people. This is largely driven by the fact that there are many people in the world who don’t eat much animal protein, and what they do eat is mostly freshwater fish.

McIntyre says he hopes the paper helps to up the pressure to conserve rivers.“The places that have the most species to lose are the ones we are hammering the hardest,” he says. “It’s time for freshwater fisheries to have a seat at the table when we talk about environmental management.”