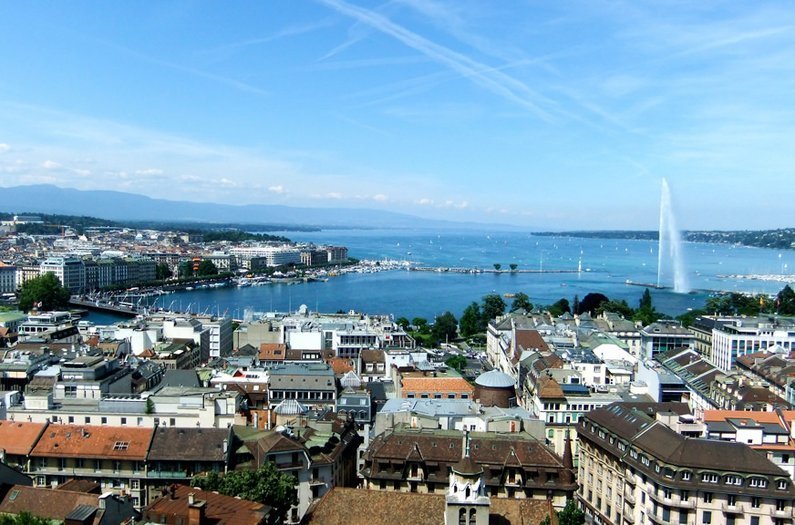 Oxygen-poor waters in European lakes can be traced to excess nutrients from rapidly growing urban areas around the turn of the 20th Century.
By Sarah DeWeerdt
November 1, 2016

Oxygen-poor waters in European lakes can be traced to excess nutrients from rapidly growing urban areas around the turn of the 20th century, according to an analysis published last week in the Proceedings of the National Academy of Sciences.

Oxygen-poor water, or hypoxia, is a problem in many streams and lakes around the world, killing aquatic animals and disrupting broader ecosystems. Previously, researchers showed that the global spread of hypoxia is due to human activities. The new study pinpoints which human activities are the culprit, at least in Europe.

The lack of oxygen is often a consequence of eutrophication, which happens when excess phosphorus from detergents, fertilizers, or sewage triggers blooms of aquatic plants and algae, which then deplete oxygen in the water as they decompose. A warmer climate can also contribute to low-oxygen conditions.

To gauge the contribution of these factors to hypoxia in European lakes, the researchers drew on data from more than 1,500 watersheds, including climate history, detailed maps of land use change, and lake-bottom sediment cores that indicate oxygen conditions over the past 300 years.

A few centuries ago, most European lakes were well oxygenated, the researchers found. But more bodies of water began to suffer from deep-water hypoxia around 1850, a process that accelerated greatly around 1900.

This shift to oxygen-poor waters occurred before farmers began using large amounts of commercial fertilizers in the mid-20th century, and before regional climate warming began in the 1970s. But it coincided with the rapid growth of cities that took place as the Industrial Revolution in Europe picked up steam.

“The problem was fueled by urban expansion, a growing population, an accelerating economy during the industrial revolution, the rising standard of living, and novel domestic and industrial uses of phosphorus,” the researchers write. “All of these developments were synchronous with the rapid spread of lake hypoxia.”

For example, they note, phosphate-containing household detergents were introduced around the end of the 19th century and fast became wildly popular. At the time, there was little capacity to remove excess phosphorus from wastewater and sewage before it was discharged into lakes and rivers.

Detailed data on land cover changes around individual oxygen-poor lakes support the picture sketched by this rough historical timeline. The researchers found that 71% of lakes saw urban expansion in their watersheds around the time they became hypoxic. Meanwhile, farm fields decreased in 61% of these watersheds and pastureland contracted in 74%.

Today, treatment plants remove excess nutrients from urban wastewater before it enters Europe’s streams and lakes (though not all parts of the world have good access to such technology). And governments launched restoration programs for many European lakes in the 1970s and 1980s.

But the bad news is that despite these efforts, few affected lakes have returned to normal oxygen levels. And several of the water bodies in the study, such as Lakes Geneva, Bourget, and Annecy, show that even a small increase in phosphorus can trigger lasting hypoxia.

Source: Jenny J-P et al. “Urban point sources of nutrients were the leading cause for the historical spread of hypoxia across European lakes.” Proceedings of the National Academy of Sciences. 2016.