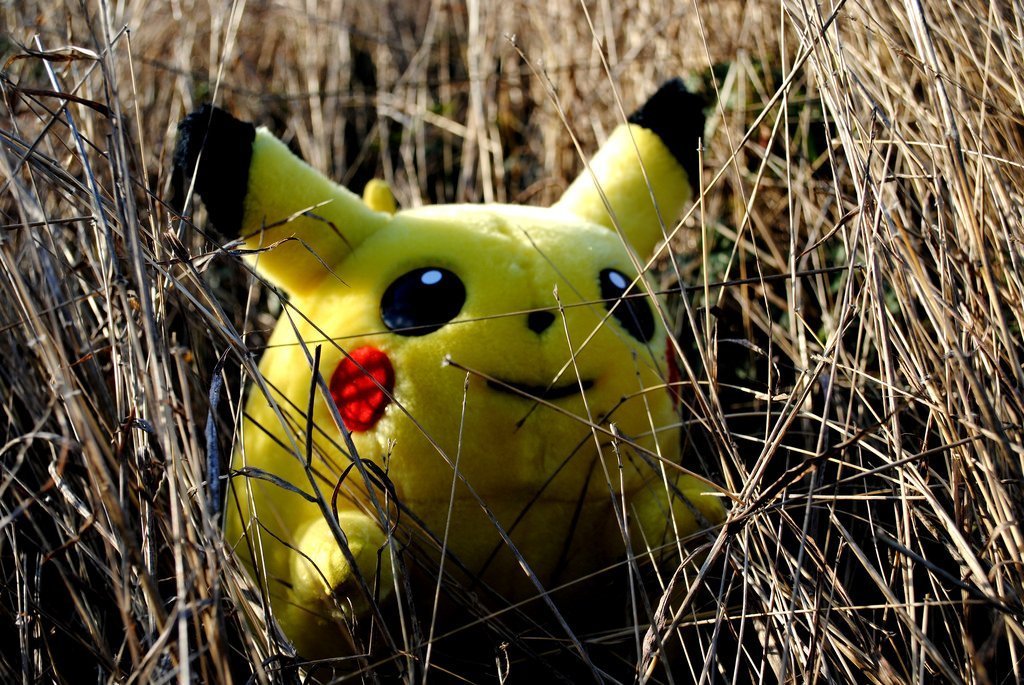 Pokémon Go—the most popular smartphone app ever, with 500 million downloads within 2 months of its release in July 2016—has a lot in common with the often sober and dusty-seeming world of natural history.
By Sarah DeWeerdt
November 22, 2016

Pokémon Go—the most popular smartphone app ever, with 500 million downloads within 2 months of its release in July 2016—has a lot in common with the often sober and dusty-seeming world of natural history, say researchers writing in the journal Conservation Letters.

The augmented reality game uses GPS and Google Maps to place virtual Pokémon creatures in the real environment on a user’s smartphone screen. Could the game’s popularity be harnessed to encourage conservation of real species?

Consider, to begin with, that many of the game’s 150 different Pokémon resemble real animals: Caterpie is similar to a caterpillar, specifically that of the tiger swallowtail; the famous Pikachu is modeled on a pika, a mountain-dwelling rabbit relative.

Pokémon are characteristic of particular environments: there are “grass” Pokémon and “water” Pokémon,” and species endemic to a single continent. Within the game, some Pokémon ‘evolve’ into distinct but related forms. And different Pokémon vary in abundance, just like species in the real world.

The links, or potential links, between Pokémon and natural history go way back. Japanese video game designer Satoshi Tajiri invented Pokémon in the mid-1990s as a way to give urban children a taste of his idyllic childhood pastimes of collecting insects and crayfish. By 2002, researchers were lamenting in the journal Science that “conservationists are doing less well than the creators of Pokémon at inspiring interest in their subjects.”

But the franchise’s new incarnation as Pokémon Go has kicked these comparisons into high gear. And the game has a variety of potential pros and cons for conservation, the researchers show.

It’s true that the game is driving many people to spend more time outdoors and visit natural environments like city parks, national parks, and nature reserves where they otherwise might not go.

But curmudgeons (*raises hand*) may grumble that there’s something a little ironic about celebrating the fact that people are getting out “into nature” only to have their eyes glued to a tiny screen, searching for fake animals when real ones are out there to marvel at.

According to one estimate, Pokémon Go players collected as much data about virtual Pokémon in 6 days as has been accumulated about real species in 400 years of natural history efforts.

Still, natural history is much harder work than Pokémon Go, which requires no specialized knowledge—the game locates and identifies Pokémon for users—and places many rare and interesting species in easily accessible urban and suburban landscapes.

Sandbrook and his colleagues write that “the brightly colored, exciting, and easily accessible Pokemon species may distract people from real species and the problems they face.”

However, the popular #Pokéblitz hashtag, which helps people identify species encountered while playing Pokémon Go, is evidence that the game is also bringing real creatures to people’s attention.

“Anecdotally, playing Pokémon Go has led the authors of this article to encounter a European Hedgehog and Tawny Owl in areas they had not previously seen them, and to find a Madagascar Pond-heron in the wild for the first time,” the researchers write. Natural historians: they’re just as addicted to their smartphones as the rest of us.

They suggest that app developers could build games inspired by elements of Pokémon Go that encourage players to engage with real natural history. Or, perhaps Pokémon Go itself could be modified to bump up its conservation content, such as by making Pokémon characteristics and ecology closer to the species they are inspired by; adding real species to the Pokémon universe; placing more Pokemon in natural areas to draw players there; and building on the Pokéblitz concept by creating more opportunities for users to record and catalog real species encountered in the course of play.

And there’s another, more low-tech possibility for increasing engagement with conservation embedded within the researchers’ argument. Pokémon are not merely kinds of creatures but characters with history and storylines, they point out. In other words, Pokémon aren’t a “what,” they’re a “whom.” So maybe the appeal of Pokémon Go isn’t just about pixels and a fancy interface. Maybe, at the root, it’s also about a hunger for narrative about the natural world.