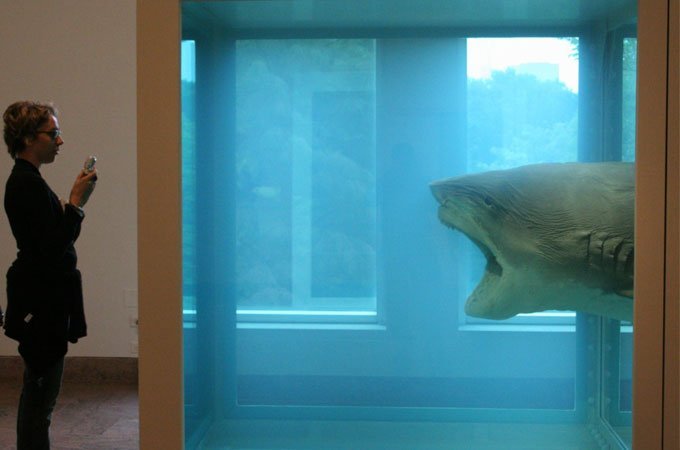 Seeing sharks in a new dimension

Few members of the animal kingdom are quite so maligned as sharks. And yet: might sharks have friends?
By Brandon Keim
November 23, 2016

Few members of the animal kingdom are quite so maligned as sharks. Even among people who like them, a certain primitive, single-minded predatory drive is often part of the appeal.

And yet: how much of that fearsome reputation might be a consequence of our own inability to see beyond sharks’ toothsome grimaces? Of their inhabiting an aquatic world far removed from our own, one which literally hides from our sight behaviors that might occasion a more nuanced appreciation?

Or to put it another way: might sharks have friends? Even society?

That possibility is raised by a study, published in the Journal of the Royal Society Interface, with the rather wonky title of “Inferring animal social networks and leadership: applications for passive monitoring arrays.” Led by marine biologist David Jacoby of the Zoological Society of London, the researchers used high-powered computational methods to analyze six months of tracking data gathered from grey sharks off Palmyra Atoll in the Pacific Ocean.

Six months of moving sharks is a whale-sized chunk of data, and the pattern-recognition methods used by Jacoby’s team to make sense of it all are a technical tour de force. Of more interest to the average shark-loving citizen, though, is what they described.

“We provide the first evidence of long-term, spatially extensive social processes in wild sharks,” wrote Jacoby’s team. Sharks didn’t move about randomly, or with nothing in mind but food. There were social dynamics in play: patterns of association, of sharks spending more time with some individuals than others, of individuals with peripheral or central positions in the resulting network map.

“Some individuals emerge as leaders,” wrote Jacoby’s team. What’s more, the leaders tended to be females—a “tantalizing” observation, and one “indicative of the importance of fine-scale intersexual interactions in structuring shark population dynamics.”

Phrased more simply, watching sharks leads to understanding sharks. As for what shapes those social patterns, we don’t yet know. For all the sophistication of human science, we’ve much left to learn about sharks and many other denizens of Earth’s oceans.