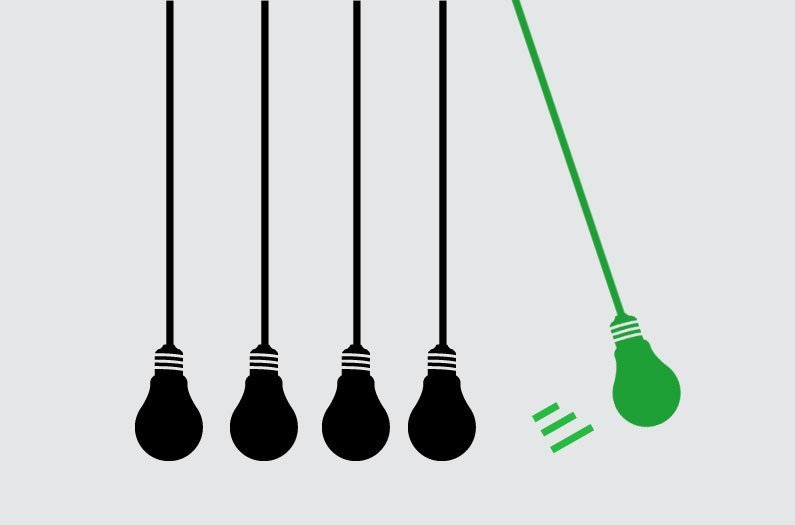 In a significant first, the world now has the capacity to produce more power from renewables than from coal, according to the International Energy Agency.
By Prachi Patel
November 3, 2016

In a significant first, the world now has the capacity to produce more power from renewables than from coal, according to the International Energy Agency.

Last year was a turning point for green power production, the agency says in a recent report, with soaring investment and use despite lower fossil fuel prices. The world added a record 66 gigawatts of wind capacity and 49 gigawatts of solar photovoltaic capacity in 2015. The stats are incredible: half a million solar panels installed every day globally, and two wind turbines set up every hour in China. This exceptional growth means that the next five years will see stronger-than-expected growth in renewables, according to the agency.

The IEA report looks at how renewable energy in the power, heat, and transport sector will evolve over the next five years given falling fossil fuel prices. The agency attributes the growth mainly to falling prices of solar panels and wind turbines, and to government support in China, India, Mexico, and the United States.

The report says that by 2021, 825 gigawatts of renewable electricity capacity will be added globally, an increase of 42 percent over 2015. The share of solar, wind, and other renewables in total global power generation will rise from 21 percent to almost 28 percent. China will lead the charge, accounting for nearly 40 percent of the growth in renewables. The United States, meanwhile, will overtake the European Union to take second place.

These numbers are for installed capacity, and not actual production, which might take longer to catch up with coal. The developments are striking nonetheless.

But the news isn’t all rosy. The report states that expanding the share of renewables in the heat and transport sectors remains a challenge. We will need to speed up the integration of renewables in all three sectors in order to meet long-term climate goals of keeping global average temperature increase to below 2°C.

The huge potential of renewables remains relatively untapped, the IEA says. The report identifies several policy initiatives that would boost renewable capacity growth by 29 percent in the next five years. “The IEA will be working with governments around the world to maximize the deployment of renewables in coming years,” the agency’s executive director Fatih Birol said in a press release.