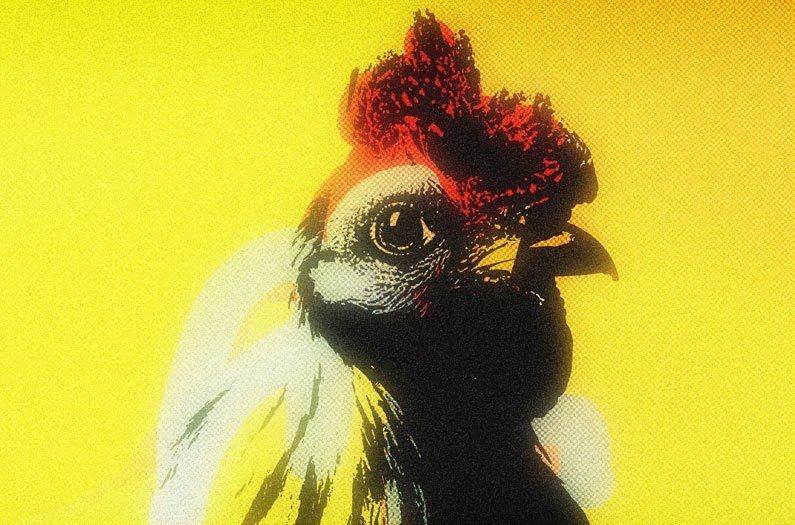 The big-breasted chicken puts welfare and sustainability at odds

In recent years, the producers of meat chickens have come under fire from animal welfare activists over their breeding programs. And with good reason. Modern day chickens have been bred to have such enormous and breast-heavy bodies that they often cannot support their own weight. But there is a less touted side to the genetic changes wrought on broiler chickens over nearly seven decades of artificial selection: they are more environmentally friendly. Modern day chickens make more meat out of less feed, reducing pressure on land and use of fertilizers and pesticides—and they produce less manure.

“The production of feed for livestock is as much as 80 percent of the overall environmental impact of raising livestock,” says researcher Craig Tallentire. The uncomfortable conclusion of the paper is that it is precisely because chickens get so big, so fast that they have become more efficient, and thus more sustainable. This size and growth rate are associated with some of the health problems the birds suffer and appear to put welfare and sustainability at odds. But the paper’s findings also elucidate paths for future research to try to find a better balance between the two.

For the study, which was published recently in Agronomy for Sustainable Development, the researchers scoured the academic and industry literature to assess qualitatively and quantitatively how behavior, appetite, digestive efficiency, protein and lipid accretion, and metabolic activity have changed through breeding and how much each of these may have contributed to making a more sustainable chicken.

The most surprising of the findings, says Tallentire, was that there has been no increase in the digestive efficiency of chickens over the years, meaning that this does not account for the greater feed conversion ratio. The real gains in efficiency have been achieved, researchers found, because the birds reach maturity faster. As a result, they consume less feed and dedicate less energy to overall body maintenance and more to growth. They also found that there may have been a genetic tendency toward breeding neater eaters who spill less feed and those that engage in less energy consuming activities.

These findings reveal that breeders have nearly maxed out gains in efficiency achieved by increasing growth rates. What’s more, two major chicken companies have recently bowed to activist pressure and committed to the production of slower—not faster—growing chickens.

The paper highlights other traits which, if they could be further enhanced through breeding, could conceivably make the birds more efficient without making them grow so fast. These include breeding for chickens that spill less, are less active, are leaner, and have more digestive efficiency.

Source:  Tallentire J, CW Tallentire, and I Leinonen. Breeding for efficiency in the broiler chicken: A review. Agronomy for Sustainable Development. 2016.