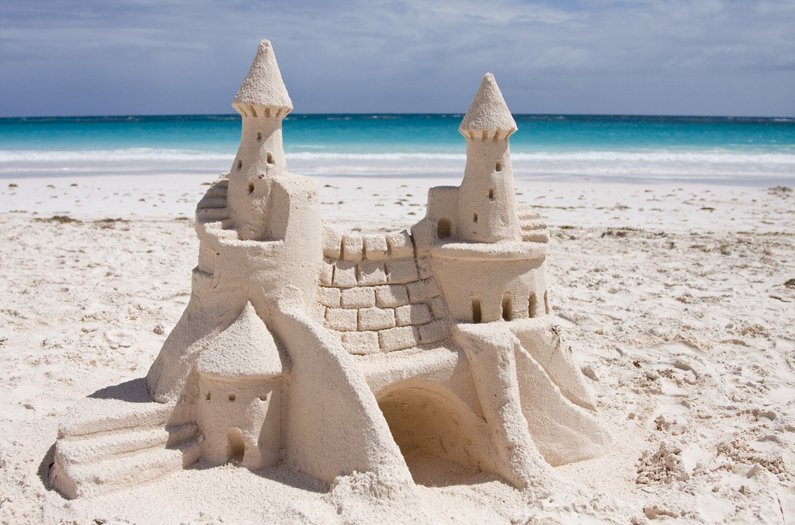 Homes along the Florida coastline where people have added sand to beaches are larger than those where no such efforts have occurred, evidence of a feedback loop between beach nourishment and real estate development.
By Sarah DeWeerdt
January 10, 2017

Homes along stretches of the Florida coastline where people have added sand to beaches are larger than those along stretches where no such efforts have occurred, according to a new study.

The practice of supplementing sand, called beach nourishment, has been common since the 1970s as a means of reducing and repairing damage from storms and erosion. But it could leave people who live along the shore more vulnerable by creating a false sense of security and encouraging more development.

More development in turn creates a greater need for protection, encouraging further beach nourishment projects, and so on. Similar feedback loops have been proposed to exist when levees are built on river floodplains, or when fires are suppressed at the wildland-urban interface.

The new study provides empirical evidence of such a feedback loop in action.

Researchers used a database of beach nourishment projects along the Florida coastline to define ‘nourishing zones’ where at least one such project has occurred.

Then, using real estate data from the state government on over 12,000 single-family beachfront dwellings, they analyzed the sizes of homes in nourishing and non-nourishing zones.

The difference occurs all along Florida’s coastline, but it is starkest on the Gulf Coast. (The Atlantic Coast is so built-up everywhere that the link to beach nourishment doesn’t stand out as much—though it’s still there.) On the Gulf Coast, beach nourishing zones have twice as many houses per kilometer and three times the house area per kilometer compared to non-nourishing zones.

All over the state, the difference in house size widens as houses get larger. The largest houses in nourishing zones are double the size of those in non-nourishing zones.

Houses have also gotten larger over time—a trend that has occurred all over the United Sates, but is more extreme on the Florida coast. And the disparity in house size between nourishing and non-nourishing zones has increased each decade since the 1970s.

This pattern (again, primarily due to development on the Gulf Coast) is a key piece of evidence for a feedback loop, because the largest houses are the most recently built.

The methodology can’t identify what touched off the feedback loop between beach nourishment and real estate development—once a feedback loop gets started, this sort of chicken-and-egg problem is common.

But while beach nourishment may mask risk, it doesn’t change the underlying facts. Forty percent of hurricanes that make landfall in the US come ashore in Florida. And the state has half of the nation’s property that is at risk from a 2-foot rise in sea level.

The US federal government subsidizes both beach nourishment and flood insurance, policies that hide the true cost of storm impacts and efforts to protect against them.

The results suggest that “intended reductions in coastal risk are offset, or even reversed, by increased coastal development,” the researchers write.